Who made the headlines in hair? Time for a trip down memory lane and a peek at the biggest stories! 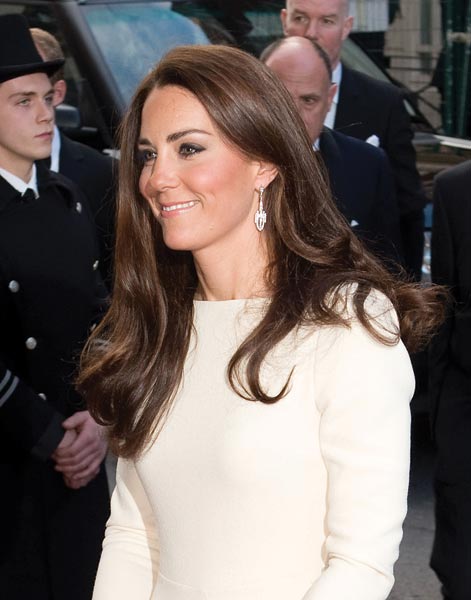 Kate Middleton’s long brown locks have captured much attention, but it hasn’t been without a bit of drama—from how much they cost to maintain to whether she has extensions. She also got caught in the middle of a messy breakup between her (now former) hairstylist, James Pryce, and Richard Ward, the owner of the salon where Pryce worked. 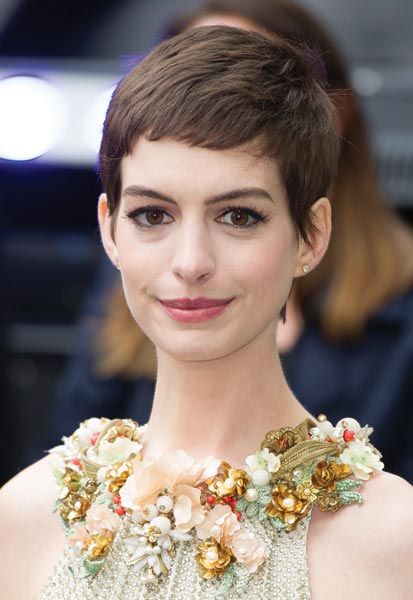 Without shaving it all off, other celebs made headlines when they cropped. Anne Hathaway snipped her locks to play Fantine in Les Miserables. Jennifer Lopez and Alicia Keys both went shorter, too. And Jessica Chastain got a gorgeous, mod bob for her role in The Disappearance of Eleanor Rigby. 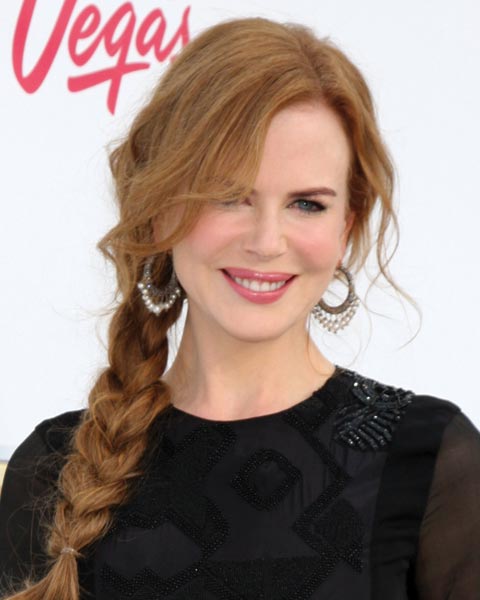 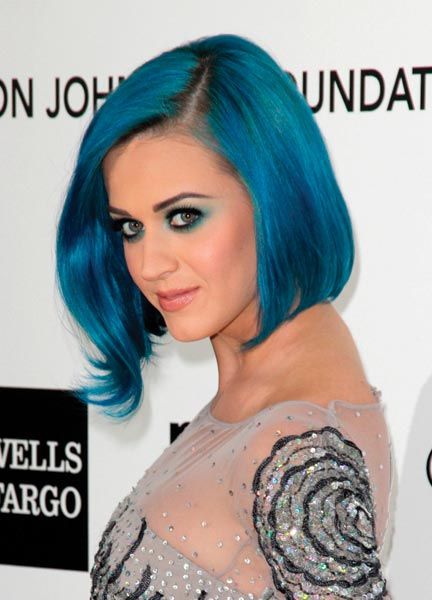 Katy Perry went blue after her split from Russell Brand. Gwen Stefani’s little trendsetting son, Kingston, was also spotted rocking the shade. Meanwhile, Beyonce named her first child Blue Ivy, then has been repeatedly spotted wearing the colour, including on her nails. 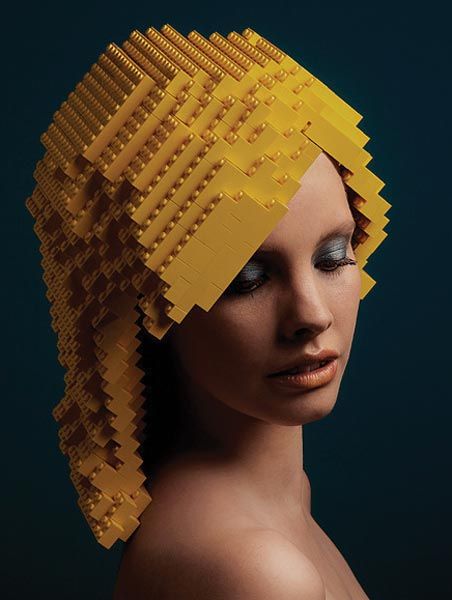 When hair meets science and engineering, you never know what you’ll get. This year brought us sustainable furniture stuffed with human hair, courtesy of Ola Giertz. The Japanese, meanwhile, created a hairwashing robot designed to replicate the human touch. Made by Panasonic, the machine is already in use in salons abroad. And in May, a Dutch art director and designer, Elroy Klee, used Lego pieces to create cool, futuristic wigs. 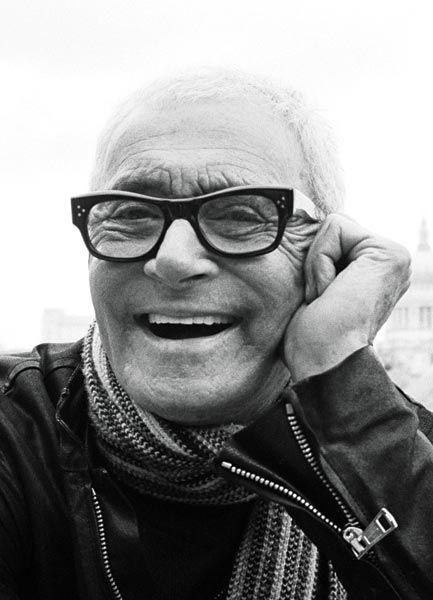 This year, the professional beauty industry said goodbye to a legend. Not a single hairstylist has had as much of an impact on the industry as Vidal Sassoon. 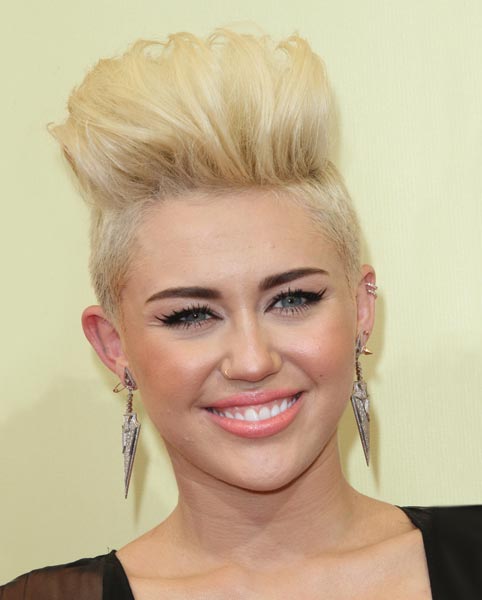 Miley Cyrus would likely win the award for biggest hair change this year. With her end of summer chop-and-bleach combo, it’s a different Miley! She’s all grown up—and a little punk rock, too. Kelly Clarkson, Rihanna (another multiple hair change artist), Adele and Elisabeth Moss all went to a light side, as well.

P!nk Was Ahead of Her Time 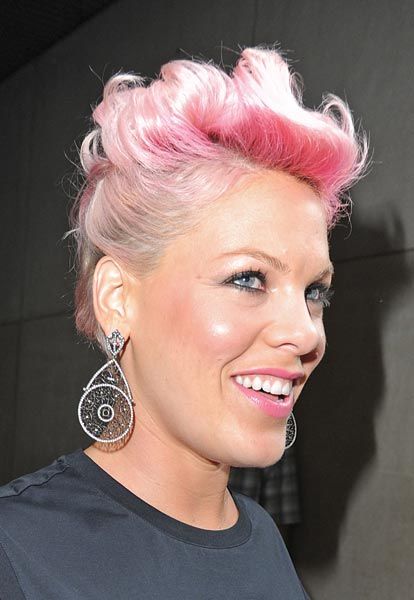 Blonde popstar, P!nk, was modelling a range of pastels—including pink—before it was cool. Now the times have caught up. Not only has P!nk returned to pink, so have a host of celebs, including January Jones, Lauren Conrad and Coco Rochas. 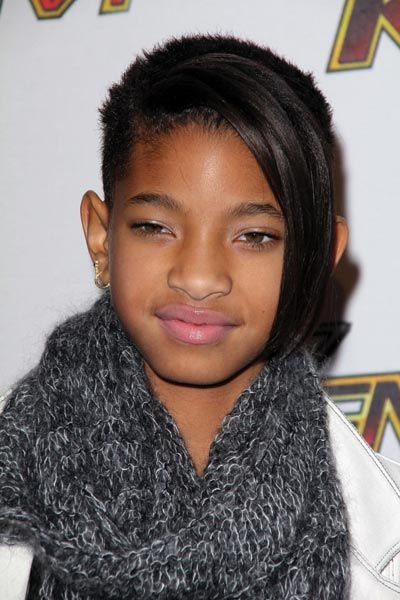 Who knew that some of the biggest hair stories in the year would actually be about the lack of hair? Celebs Robert Pattinson, Willow Smith, Cynthia Nixon, Kellie Pickler and Charlize Theron all buzzed off their locks. The Mars Curiosity Rover landing was also slightly overshadowed by the cool, shaved style worn by one of the mission technicians, Bobak Ferdowski, who rocked a mohawk with stars shaved into the side.

And the Oscar Goes To… 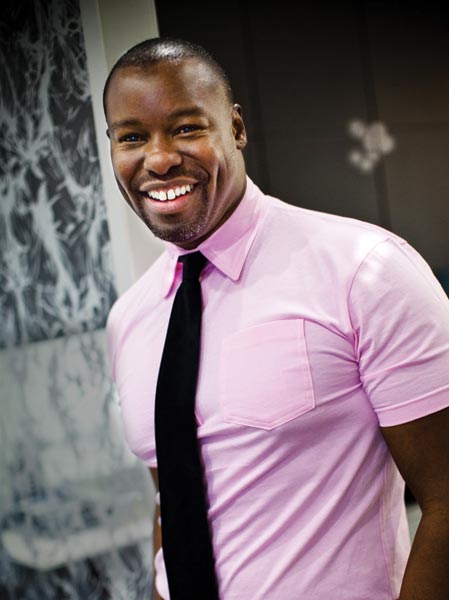 Celebrity hairstylist Ted Gibson has spent years campaigning for an Oscar category for best hair and, this year, the Academy listened! Hairstylists will now be up for the big award, alongside makeup artists in the new category, Best Makeup and Hairstyling. Congratulations!