On Sunday Nov. 10, 2013, nearly 1,100 beauty professionals gathered in the ballroom of the Westin Harbour Castle to watch the biggest beauty gala of the year for salon professionals: The Canadian Hairstylist of the Year Awards. 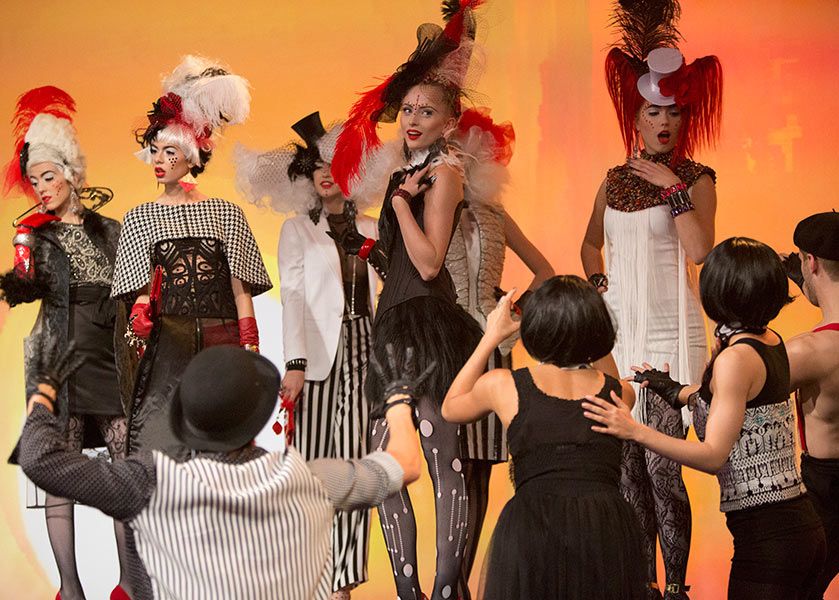 After mingling during a two-hour cocktail party, guests were ushered into the ballroom where they were treated to a delicious dinner before the show started. Rossa Jurenas created a vintage mime-inspired hair presentation that dazzled audiences with its stark black-and-white contrasting hues, and geometric shapes (sponsored by Schwarzkopf Professional). Roch Lemay produced a dark, surreal segment featuring demented clowns with punk-inspired looks, which were meant to play on the fears of audience members (sponsored by Matrix). Watch a webcast of the entire show here.

This year marked the show’s 25th anniversary. In honour of the hallmark, Salon Magazine produced a special circus-themed presentation, along with a retrospective video segment of the show’s history.

This year’s competition also saw some interesting rule changes, including the introduction of a new category, Hair Extensions Artist of the Year.

Following the awards, guests then headed to Brassaii and danced the night away at the Contessa After Party.

The gala would not be possible without the generous support of the Conetssa sponsors, and the incredibly talented stylists, who put so much creativity and hard work into their amazing collections. See their entries in our Contessa gallery.