3 Ways to Have a Stellar Salon Charity Initiative 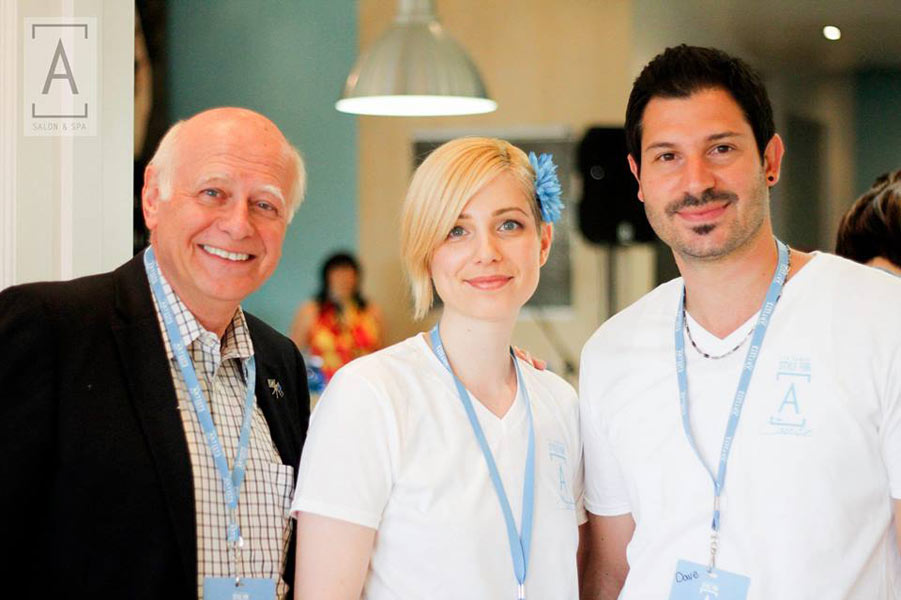 We talked with Maria Racco, of Artists Salon & Spa, about her Contessa-winning charity event Style for a Cause. In its fourth year, this event has grown from a day of hairstyling into a community-wide initiative involving help and donations from local businesses in Newmarket and sponsorship from Milano Software. This year, the event raised $5,775 for the Women’s Centre of York Region. Below, Racco tells us what it takes to put together a great charity initiative in your salon.

Racco says she was inspired to start the event after hearing a moving speech from the Look Good Feel Better spokesperson at the 2009 Contessa awards. Look Good Feel Better became the benefactor for the first even Style for a Cause. “Don’t do an event for marketing reasons. Do it because you want to give back. If you don’t have the heart behind it, people see it. I honestly believe that my team and I have heart, and it shows on the day of the event and the way we promote our event and the cause.”

It wasn’t until Style for a Cause took home the John Steinberg Award for Community Service Contessa that Racco says she finally felt confident enough to reach out to competing salons and other businesses to see if they would be interested in partnering up for the cause. “I got two salons to come that year, and we inspired other salons to do things that are outside of the box. I encourage other salons to do the same,” says Racco.

At first, the team used word of mouth to spread word about the event. “I’m not the type of person to plan and market,” says Racco. Since then, they’ve gone beyond talking to clients and using social media to reaching out to local media, who Racco says she has made connections with. When it comes time to promote Style for a Cause, many outlets are already familiar with the salon and ready to help out. Every year, Racco tries to do more media appearances. “Unless you push yourself you’re never going to make a change,” she says.

See a video from this year’s event and get inspired to create your own day of giving back.