6 Ways to Get More Men in Your Salon 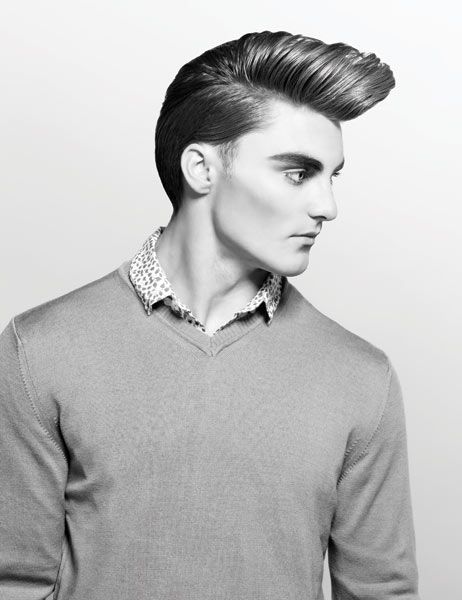 With the rising popularity of men’s hairstyling, do you know what makes male clients tick?

For a long time, traditional hairdressing has been slanted towards a woman’s universe. Today, more than ever, men are interested in grooming and this isn’t the candy-striped barbershop. But the industry seems divided: How can the modern-day unisex salon court both clientele? Three men’s salon owners weigh in.

The first thing that comes to Matty Conrad’s mind, owner of Victory Barber and Brand in Victoria, B.C., when thinking about what to avoid in men’s salons is emasculating terms. “The biggest disservice we’ve done in our industry is taking the masculinity out of grooming. As much as our industry catches onto clever wording, I don’t know a lot of traditional guys that really take cutesy terms like ‘manscaping’ and ‘metrosexual’ as a compliment. Guys don’t want to feel feminine or high-maintenance because they want to take care of themselves,” says Conrad. Another way that language becomes a barrier is in the greeting. Donna Beyak, international educator for American Crew and owner of The Men’s Room in Edmonton, differentiates handshaking for her male clientele from her small talk for her female clients.

Historically, the industry divided hairstylists who perfected women’s styles and barbers who trained in men’s cuts. It wasn’t different until Sassoon in the 1960s, when the unisex salon entered the scene. “Today in unisex salons, there is an over-emphasis on women, and many stylists aren’t fully trained in guys’ haircuts. Instead, they apply women’s cutting methods on men, but we need to learn fades and scissor-over-comb,” says Noel Naguait, owner of Mankind Grooming For Men in Toronto. “Lack of training in classic grooming techniques creates a huge need. Hairstylists today are the biggest market for education in barbering,” agrees Conrad, who also teaches men’s grooming for Schwarzkopf.

Attraction is an art form, so it’s no wonder that hairstylists must tweak their approach in drawing in business from male clientele. “There’s definitely an etiquette from dress to mannerism,” says Beyak, who has a number of female staff. “Stylists should look classy and professional to attract men on that business level.”

Sounds simple, but for salons looking to break into the men’s market, a good starting point is a consultation. That’s what Beyak did before she opened The Men’s Room. “I brought in 11 men for a beer-tasting and surveyed them on what their wishlist for a men’s salon would be,” says Beyak. Fielding comments on everything from décor to services, this list can help salon owners better understand their target demographic.

If space allows, create a lounge just for men. “Guys don’t like seeing other guys getting services done right next to them, so, if possible, put aside a semi-private area where they can have their massage or hot towel and shave,” says Conrad, who also gives a nod to Winnipeg salon Berns & Black Salon and Spa on its separated room for men’s services.

Stand behind your brand.

Establishing a good relationship with your sales rep also provides support in expanding the reach of your salon’s network and brand. “American Crew sets up our staff with training on trends and techniques, and we style celebrities at events like the Toronto International Film Festival lounge,” says Naguait. Everyday signage and retail displays also help to communicate a consistent impression of men’s haircare and grooming. Beyak agrees: “Ask your sales rep for merchandising support so that guys see a trusted brand just for men.”