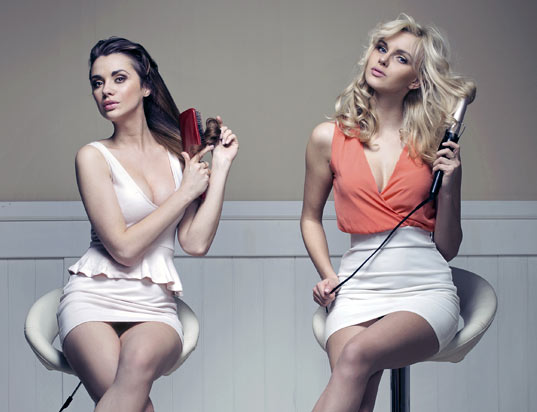 Do blondes really have more fun? Is there a link between our hair’s natural hue and our personality? Read on for some interesting (and kind of weird) hair colour facts!

1. On average, blondes take longer to get ready.

A study conducted in 2009 (with over 3,000 participants) found that blondes take six minutes longer—a total of 72 minutes a day— to get ready, than their darker-haired counterparts.

3. A man’s preference in a woman’s hair colour stems from his own hair colour.

Although a few years ago there were news reports claiming that by 2060 redheads would be extinct, this isn’t exactly the case. The reports were based on the notion that recessive genes—like for red hair—eventually die out. Even if all redheads stopped having kids, there’s no shortage of non-redheads who carry the genes to pass on the trait. A study done in the UK found that 40 per cent of Brits carry recessive genes for red hair.

In a survey of 482 waitresses conducted by Cornell University, blondes earned significantly higher tips than their brunette counterparts.

6. When women dye their hair lighter, they feel more fun.

When women dye their hair lighter, they have been proven to go out more (three nights per week for blondes versus two for brunettes) and to feel more confident and youthful.

7. The country with the largest proportion of redheads is…

Scotland. An estimated 13 per cent of Scots—about 650,000 people—have flame-colored tresses, compared to four per cent of Europeans and less than two percent of the global population, according to STV News.

8. The most common hair colour in the world is…

Black. Only 2% of the population are natural blondes. Only 1% are redheads, making it the rarest shade.

Apparently ancient Greeks believed that redheads would turn into vampires after death.

10. People used to colour their hair in gross ways.

Ancient Roman women used to dye their hair blonde with pigeon dung. During the Renaissance, women in Venice tried to lighten their hair with horse urine. Delightful.