A Look Inside Calgary-Based Salon, The Beverly

Two years ago, Beverly Robertson was renting a chair out of a brow studio in Calgary’s Parkdale neighbourhood. Having won the 2018 Contessa award for Alberta Hairstylist, she was also working on CBC’s Dragon’s Den and behind the scenes at New York Fashion Week when she started thinking about moving to Toronto. 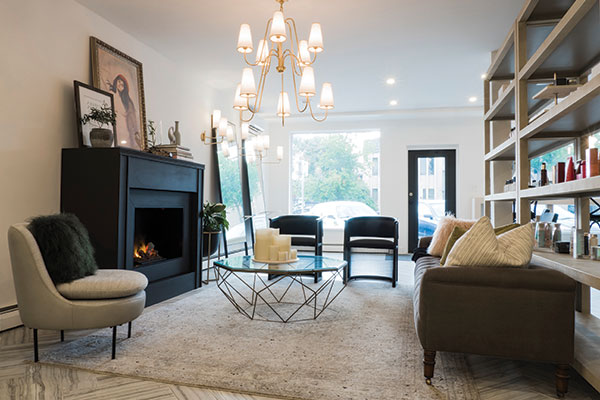 But when she discovered a vacancy next door to her former employer in Calgary, Robertson decided to make the move to salon owner instead—and The Beverly was born! “It was very serendipitous,” she says. “My clients were already used to the area, so I thought I would give it a go.”

Robertson wanted to create a salon space that was unlike any she’d ever seen; one where clients would feel right at home. “I wanted a space where people would be early to arrive and late to leave,” she says. “Somewhere they can chill at the coffee bar or at a table with their laptop. I also wanted it to have a fireplace to feel extra homey.”

Instead of a large front desk, which she says can often be intimidating to guests, The Beverly features a smaller one that’s located to the side of the entrance “so you’re invited into the space right away. It’s like a living room and you just grab a seat,” she says. 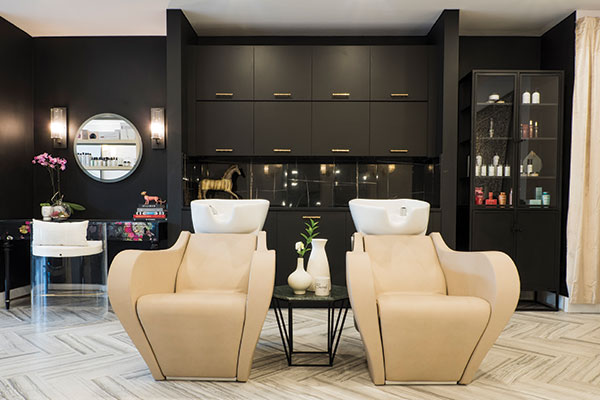 The salon’s unique design has also changed the way Robertson’s team communicates with clients. “Consultations are in the living room area, so stylists can be in front of clients—eye to eye,” she explains. “[This allows stylists to] get more personable because the consultation is done in a more informal way.”

For the design, she worked with Haider Design Group, whose owner Ijmal Haider has known Robertson since they were teenagers. “It was really cool to have someone in my corner,” she says. “I expressed what I wanted and he just took it to the next level with custom pieces like the fireplace.” One of Robertson’s favourite features is the salon’s white-and-grey herringbone- patterned floors, which help mask the appearance of hair clippings. The Beverly also features high-end leather shelves from Restoration Hardware, and furniture and fixtures, such as shampoo bowls with reclining chairs and built-in massagers from Gamma & Bross. 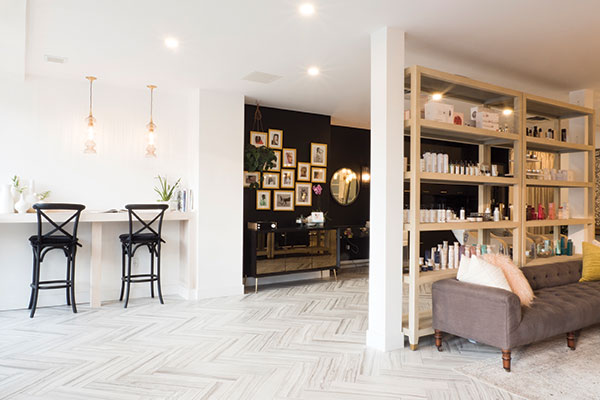 And even with such carefully curated design elements already in place, she already has her sights on more. After recently receiving the salon’s liquor license, Robertson plans on incorporating a root touch-up area to the coffee bar, and adding a bookshelf and library to the front of the salon. “With this kind of space, you tend to see lots of groups of friends and families, so it’s really about creating an amazing sense of community.”