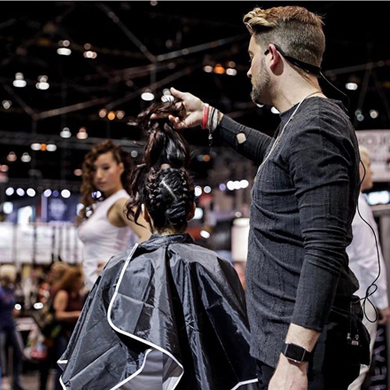 A Roundup from America’s Beauty Show 2018

Over 70,000 beauty professionals, educators, students and salon owners, from across the country, gathered at the 2018 America’s Beauty Show (ABS) on April 28-30, to get inspired and experience an educational and action-filled beauty and hair show.

The event featured influencers including Matty Conrad who were in attendance, along with a Fabulous Fades competition which was featured on the Cosmoprof Centre Stage.

Trends and techniques which were also showcased in presentations by top British stylists including Efi Davies, Indira Schauwecker and Cos Sakkas, who traveled from the U.K. to showcase Label.M’s latest collection.

The Beauty Changes Lives Experience, a fundraising event which featured presentations by brands including American Crew, Wella Professionals, Redken and more, also returned to ABS for the sixth year in a row while their NextGen team runway creation, developed by Pivot Point International, was an interpretation of the theme Exposed.

The event ended on Sunday evening with an exciting announcement at The Art Institute of Chicago revealing the winners.

ColorAmerica Colorist of the Year