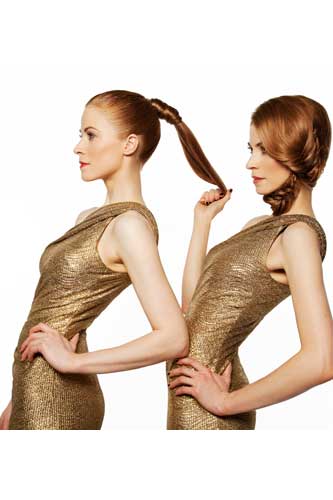 A Winner (Sort Of) for Canada’s Best Beauty Talent!

So we’ve made it to the end—the final week of Canada’s Best Beauty Talent! I was excited to find out the winner after last week’s cliffhanger. First up, Matthew vs. Caylee for Canada’s Best Hair Talent. Caylee was declared the winner and Matt was sent home. He looked very understandably disappointed, saying that he didn’t think the judges made the best choice.

Next up, Marcia and Jenna faced off for Canada’s Best Makeup Talent. I was not at all surprised to learn that Marcia was declared the winner. Now, while the prizes for both Marcia and Caylee sound great—looks featured in Flare, Hello! Canada and LouLou, the opportunity to present their portfolios to the staff of all three magazines, working backstage at TIFF, plus a beauty blog for each of them and—the grand prize is being declared Canada’s Best Beauty Talent and a trip to Paris to take in the world of L’Oreal.

But to get there, we have the (for-real) final challenge. Marcia and Caylee are asked to face-off against each other, working on identical twin models. They are tasked with creating two very different looks and there are no limits or other parameters, except time—45 minutes for each model.

For her first makeup style, Marcia focused on the brows and beautiful skin. For the second, she went with the eyes, using purples to highlight the green. Caylee kept it relatively simple for her first model, creating a high ponytail, but adding some cool details at the top. For the second, she really went for it, and love it or hate it, she was certainly creative. She created a wrap-around braid that came under the model’s chin, creating what judge Lisa Tant thought looked like a beard.

Then it was into the judging room for both of them to hear the final pronouncement of the winner. When it came to Marcia, the jduges thought that she missed the razzle-dazzle that she could have done for this challenge and that she played it safe. While Caylee certainly didn’t play it safe, half the panel loved that she went for it, while the other half didn’t like it. At. All. After the debate, I was sure Caylee was the winner. They were right in saying that she has a high level of technical skills and that she was always pushing herself during the challenges.

But, when it came time to declare the winner… Surprise! No winner. The audience gets to vote! That’s right fellow CBBT fans, hoof it over to www.bestbeautytalent.com to register your vote. You can go back once a day between now and May 22. The winner (for reals) will be announced on the site May 25. So there you go! I’ve registered my vote (for today). I’m going for Caylee. But I might feel differently tomorrow!