Adrien Carew on Mastering his Style 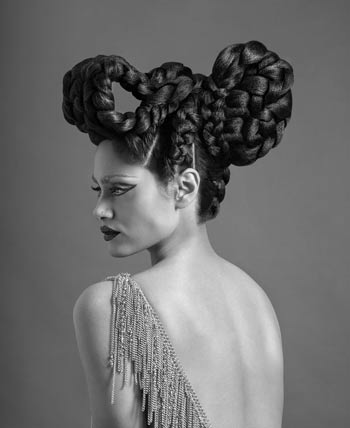 For his Style Masters entry, Canadian finalist Adrian Carew didn’t let a long day on set deter him. Having logged a 22-hour day prior to shooting, Carew and his makeup artist went home, caught a couple of hours of sleep and were back at it refreshed. And when the model walked through the door, Carew says they knew their photographer would capture the images they were after.

“I knew being a finalist was a big thing, but until I met everyone from the other countries, I didn’t realize how big it was. When I realized I was the only one from the Americas, presenting in Rome, that’s when it really hit me. It was interesting to see how the other countries achieved their looks. Mine was so simple by comparison.” – Adrian Carew

“There’s so much talent in Canada, and we all need guidance. You have to be open. I did not get here on my own, and in the future I won’t get to where I’m going on my own either. Someone had to show me, so why wouldn’t I do that for someone else? I have more to gain from seeing others succeed.” – A.C. 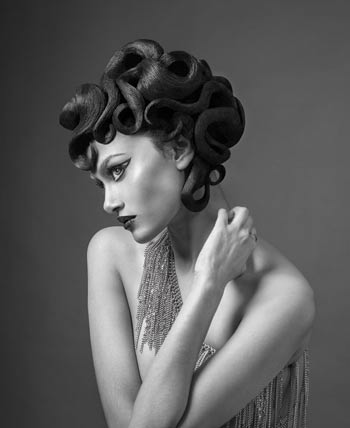 “Open your eyes when you walk down the street. Think about how you can translate a light fixture on a building or break down a certain architectural feature into something and be original.” – A.C.

“It’s a combination of nature and culture. Having grown up in Barbados, I thought of the way the waves hit the beach and the different formation of water. I also spent a lot of my time focusing on different aspects of culture. From the African aspect and putting movement into the look, the image with a fringe has more of an Inuit look. I also took ideas from the sea for the final one.” – A.C. 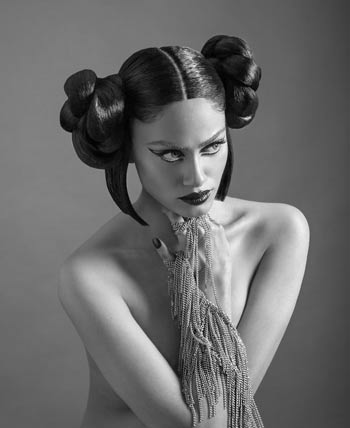 “She walked in with such presence that my photographer and makeup artist and realized that she had the right attitude and would do whatever it took to get the shots.” – A.C.