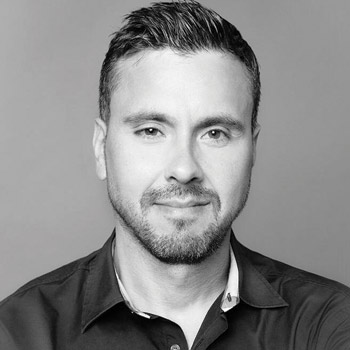 As every stylist knows, colour can make or break your look. For his Canadian Colourist collection, Rodrigo Araneda allowed his creativity to take the reins, with bold colour combinations that are far from ordinary.

Colouring Outside the Lines

For his collection, Araneda used a combination of metallic shades. “I like to work with contrasting colours—very warm and cool tones—and balance them, like in nature,” he says. “When you mix green and yellow, the colours don’t usually fit together, but I did it in a way that looks balanced and soft at the same time.”

As for the hairstyling, Araneda incorporated angular lines to create more geometrical shapes. “I like to work with very sleek, shiny hair and very precise lines mixed with texture, curls and volume,” he says.

The Benefits of Competitions

As a salon hairstylist and platform artist for Wella Professionals, Araneda says that competitions are his creative outlet: “At the salon, I need to adapt myself to the client. When I do hair shows, I need to teach techniques that hairstylists can apply in the salon. But competitions are about taking a risk, and it’s that diversity that I use to help me create. It pushes me forward, translating what I have in my mind and turning it into reality.”

Araneda, who was also a Contessa finalist in 2015, says competing has opened doors for him as an artist. “The exposure [from being a finalist] was huge,” he says. “A very important magazine in Russia called me because they saw my work online and they published my work. And I was a finalist, not a winner! I was amazed by how huge the Contessa competition is and how it gives your work visibility around the world. It’s a big opportunity to showcase your work, even if you don’t win.”

The Secret Weapons of a Contessa 28 Finalist, Canadian Colourist of the Year

Starting his career at the age of 16, Rodrigo Araneda is the third generation of hairstylists in his family and has become known for his daring colour transformations. See his four go-to products for getting that winning look.