All the Hair Inspiration at Unite’s 2019 Global Session

Featuring a lineup of Canadian, American and international hairstylists from Australia, Spain and the U.K., the 2019 Global Session combined high-energy showmanship with intricate technical skills. 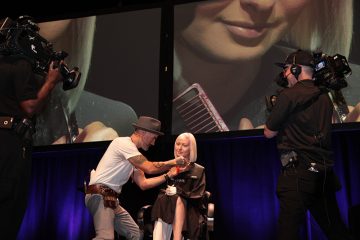 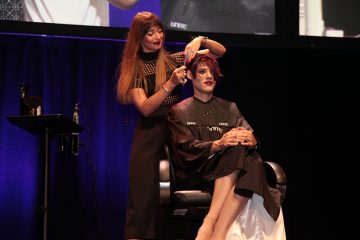 Creative cutting and styling were a strong focus for the weekend with Jesse Gains, Melissa Timperley and Paul Stafford, who each shared the best cutting experience they gained as they were establishing their career paths. The hairstylists also included solid advice for stepping up your skills with specific tips for channel layering, fringe and razor cutting. 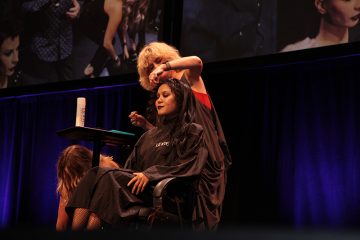 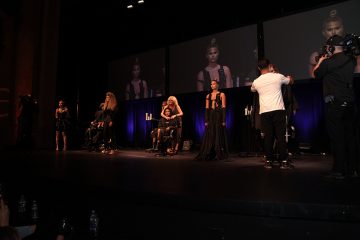 British award-winning hairstylist Karine Jackson gave editorial styling a dark, mysterious vibe with her steampunk-inspired looks. She also shared some of her styling inspiration, along with ways in which elements of editorial hairstyling can be incorporated with clients in your salon. 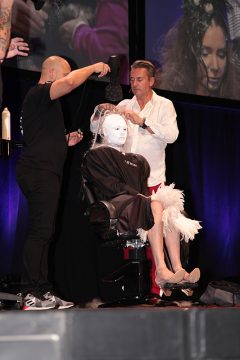 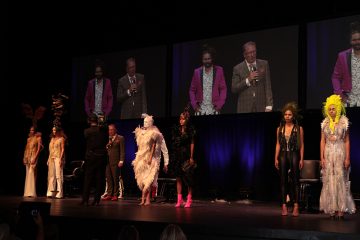 The weekend wrapped up with a creative set that challenged your imagination with avant-garde hairstyling. Led by the brand’s creative cirector Gary Baker, Shaun McGrath and Renee Africa, they each brought their unique creative visions to life, along with delving into how each finds their inspiration and translates it into their detailed work.

Along with on-stage education, Unite hosted a panel of Tastemakers with four social media superstars including Graham Nation (@grahamnation), Dominick Serna (@domdomhair), Marissa Marino (@marissa.marino) and Michelle Zeller Porumb (@mane_ivy). The panel discussion focused on ways in which hairstylists can leverage social media, including creating authentic content and the challenges of creating a work-life balance with retaining a social media presence.

Hairstylists also had the opportunity to extend their stays for hands-on classes including editorial and fashion week hairstyling. In addition, Unite offered it’s business building program. Led by the brand’s founder Andrew Dale, hairstylists and salon owners discussed best business practices, developing systems for better retailing and expanding their network with long-lasting connections that continue when they are back in their respective salons.