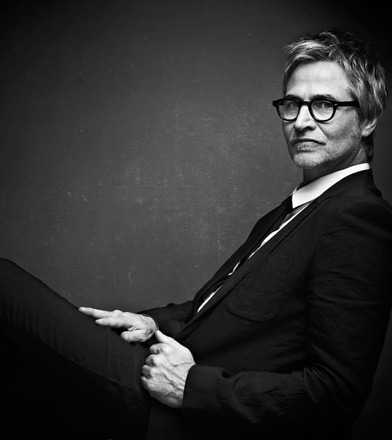 After spending some time away from the brand he founded more than 20 years ago, American Crew’s David Raccuglia is energized and excited as he ushers in the next evolution of men’s grooming.

Salon Magazine: Why was Elvis Presley such a perfect partnership for American Crew?

David Raccuglia: Globally, Elvis Presley is such a relevant figure. There’s no one better as a brand that we can celebrate. Elvis morphed African-American music into his own version of rock music. Every pompadour in the world is a nod to Elvis Presley—anyone who wears a pompadour is paying homage to him. In this time of fun, classic men’s hair, there is no one more relevant. You have to pay tribute to the king of the pompadour.

SM: You noticed that there was going to be a revolution for men’s grooming back in the ’90s. Is that similar today or has it changed?

DR: We’re living at a time when I can see the evolution coming again, as I did in the ’90s. When you look back at the ’90s at bands like The Replacements and Nirvana, their hair wasn’t unkempt. There was also incredible hairstyling in movies like Gus Van Sant’s Drugstore Cowboy and My Own Private Idaho. At the time, you look at River Phoenix and he was put together—very cool, with argyle sweaters and sideburns coming in. They were cutting off all the craziness and really shaping their look. That’s when I was young and styling hair, and I realize there was a need for a nod to vintage American—bringing it back to a time when men were buying products and were really well put together.

SM: Looking ahead, what do you see for men’s hair?

DR: The way I define men’s hair right now is a bit old school and a bit new school. I think there will always be a trend for both, so you can’t just say what’s going to be on trend. Men who are very old school—who love a lot of grease and handlebar moustaches—aren’t going to abandon that, but they will adapt it to a trend within that look. In new school, that’s where you’ll see texture, shape and more of a rock and roll look. Hair will get a bit longer, with more texture. Maybe we’ll go back to the ’90s, a very bohemian time when guys were very artistic. I sense a bit of honouring that soon in our future. 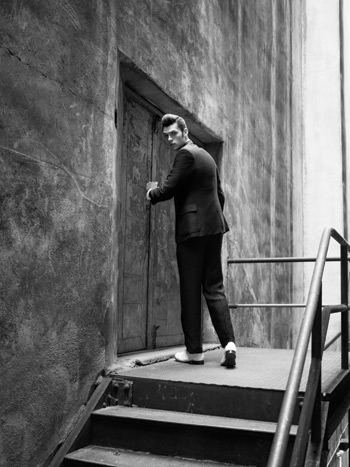 SM: As far as photography is concerned, what motivates you and piques your interest?

DR: I’ve always loved photography—it’s my art. In high school, I had a dark room in my home and I was kind of a photo geek, but I never wanted to do it for a living. Once I became a hairstylist, I loved to be on photo shoots. Even though I went to barber school, I was a women’s hairstylist and worked on campaigns for different brands. I started watching the photographers and realizing the power you have when you look through the camera. It’s very important for me to make a photo that makes me happy—there’s a sense of accomplishment that comes with that.

SM: What does being behind the camera teach you as a hairstylist?

DR: When I look through the camera, I look at all four corners of the frame. Then I look at the hair and I ask myself, “How would this look inspire a hairstylist?” I’m looking at the shape, the angle and how it can be executed. Most photographers rely on the hairstylist, but I rely on my own experience. Because of my hair background first and my photography experience second, I end up being pretty obsessive.

DR: What we’re really doing is revamping the brand’s commitment to the hairstylist. We understand who our customer is and we’re going to help professionals speak to their clients. I have to keep quiet and listen to the incredibly cool, young people who work with me. I’m in a place where I can influence the decision, but I study their lifestyles and recognize that American Crew needs to continue to be the brand you can count on.

1992: Opened Art + Science Salon in Chicago and has since expanding to four over the past two decades.

1995: Founded American Crew, and was principle photographer for the brand.