American Crew Wants You To Be An All-Star 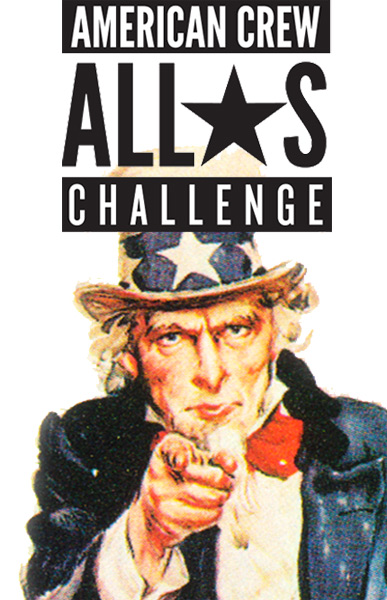 If you have a passion for men’s styling, American Crew’s All-Star Challenge (formerly called American Crew Face Off) could help take your career to the next level.

The first step is to create your interpretation of the American Crew man in two black and white photos. Each country will have 3 top finalists, with one National winner being chosen to fight for a spot in the international finals. 15 national winners will move on to compete for the title of the 2014 American Crew All-Star Challenge Grand Champion in April.

So, what’s the prize for all of your hard work? There’s the expenses paid trip to a major hairstyling competition where your work will be on display for thousands to see, a professional photo shoot with David Roemer and bragging rights as one of the world’s best men’s hairstylists if you take home the top prize. The winner’s work will also be on the cover of Estetica magazine, and they will be invited to be a judge at next year’s competition.

Entries are due September 30!