Ask the Expert: The Evolution of Canadian Salons

For the past 25 years, we’ve seen the business of Canadian salons change and evolve. Find out what three successful business experts have to say about what’s here to stay, and what’s coming next. 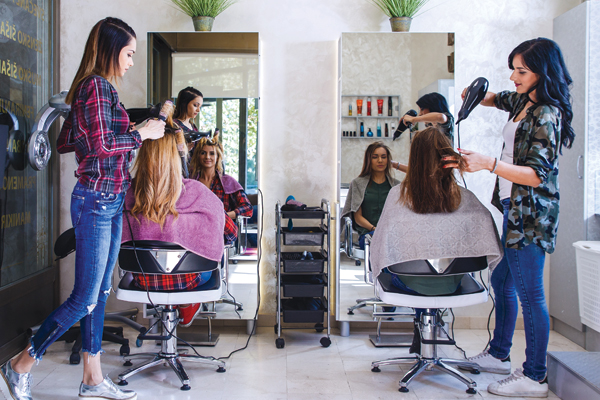 “People like me who run traditional commission- based salons really are dinosaurs,” says Michael Levine, owner of A Michael Levine Salon Group in British Columbia. “It’s something I’m struggling with right now, and it’s a daily conversation I’m having with my business partner as to what we’re going to do with the future of our business.”

Levine, who owns salons, an academy and a product company, says the commission model has served him well over the years, but adds that he recently lost four of his senior stylists to chair rentals. “The reality is, we are competing for hairdressers now, not just clients. So, as salon owners, you have to sweeten the pot.”

While the commission-only model may be on the decline, there have been many benefits to it that cannot be (or at least not easily) replaced by newer business models. For example, the salon’s culture. “Culture is everything,” says Levine. “But it’s a much harder thing to build than it used to be five or 10 years ago. I think many stylists today have an end-game—once they get to a certain dollar figure, they are going to explore their options. You can either give them options to explore within your house, or you can expect that they will leave.” He recommends that salon owners regularly evaluate their business and top stylists’ performance to see where there might be room to accommodate a higher commission rate or other options. “Once they are a fully booked hairdresser, you have to look at it more as a partnership than an employee/ employer relationship,” he says. “You have to be proactive, because then you’re leading. If you are reactive, that means you’re following. People want a leader to lead.”

For Halifax-based Peter Mahoney, president of Salon Resource Group and Summit Salon Business Center, his first salons, which opened in the 1980s, began as booth rentals before moving to a commission model. “We moved away [from booth rentals] because we had no control over the development of the hairdressers,” he recalls. “We moved to a commission model so we could create a culture and a brand. We could focus on teaching them the skill set we knew would make them successful.”

For stylists graduating from chair rentals, salon suites have been the latest business model to gain traction in the industry and are opening up across Canada at impressive rates over the past few years. “That model is being driven by millennials, because of their desire to be independent and to do their own thing. Salon suites have made it affordable for them [to own their own business],” says Mahoney. “And with social media, they can find clients, and clients can find them. I think that’s what’s allowing this suite model to work, and to expand at the rate that it’s expanding.”

While the growth of salon suites in Canada is on the rise, their success may be too soon to tell. According to Graham Kenny, director for International Beauty Services, a professional beauty distributor in Edmonton, hairstylists can risk getting in over their heads. “Stylists think they can make more money—and some can—but the majority of stylists end up making the same money or less.”

“Eventually the scale is going to tip to the side of salon suites and independents,” adds Levine. “As salon owners, I think there are some really cool, creative things we can do. We just have to think outside our box. We’re constantly asking our stylists to step outside their comfort zone, and I believe we, as owners, need to do it as well to adapt to the changing industry.” 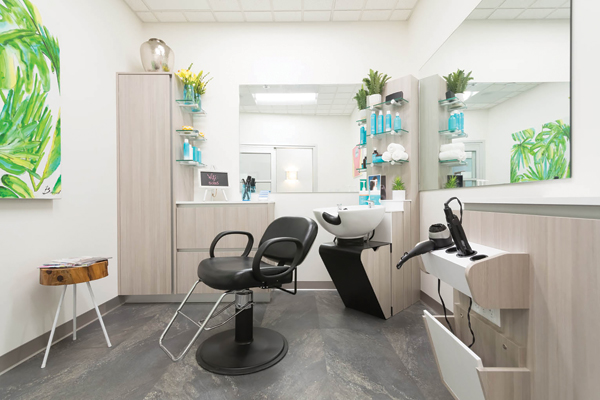 A trend in the U.S., likely to make its way to Canada in the next couple of years is a hybrid model, in which salon owners can retain stylists by offering suites either in-house or adjacent to their salon—thereby keeping it within the salon’s brand. “They can still be helpful to younger staff, but you’re giving them the opportunity to become an independent contractor,” says Levine. “So, they can still get some of the benefits of being part of your culture, but they can also start to spread their wings a little bit and start to live the life they want to live.”

“What’s next has already happened,” says Kenny. “But I think there’s going to be a resurgence, especially with so much business education out there, of well-organized, well-trained, beautiful, independent salons—whether they are commission or chair rent—within a salon environment. There’s a strong demand for that type of experience right now; luxury, if you want to call it that.”

While Mahoney says he’s continuing to watch the growth and development of the suite and hybrid models, he adds that the key to success all comes down to the basics. “We have an opportunity every day to make people look and feel their best, and create an opportunity for service providers to showcase their talent and grow their self-confidence,” he says. “I feel that in this wave of technology, it’s changing the way we do business, but at the core I still believe the power of our industry is based on building relationships. Whatever model you’re operating under, you should never lose sight of that and you’ll be successful.”