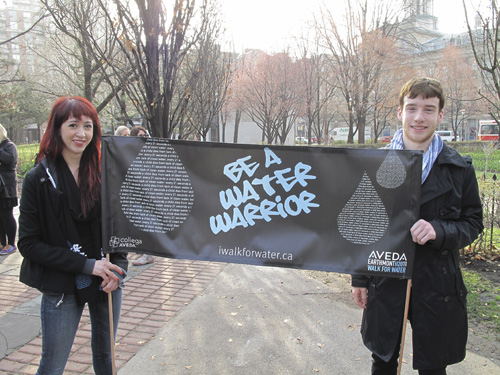 Who: Proceeds raised go to WaterCan, a Canadian organization devoted to helping people gain access to clean water, basic sanitation and hygiene education in some of the poorest areas of the world. Their current focus is on rural areas and urban slums of eastern Africa.

When & Where: April 27 in 14 Canadian cities including Montreal, Toronto (pictured), Vancouver, Edmonton, Calgary and Ottawa

Soundbites:
The 6 km walked represents the average distance that women and children in Africa walk daily to get their supply of water.
The lack of safe drinking water and adequate sanitation is the world’s single largest cause of sickness.
1.5 million children under the age of five die each year from unsafe water and poor sanitation.
In Africa people spend 40 billion hours every year just walking for water.