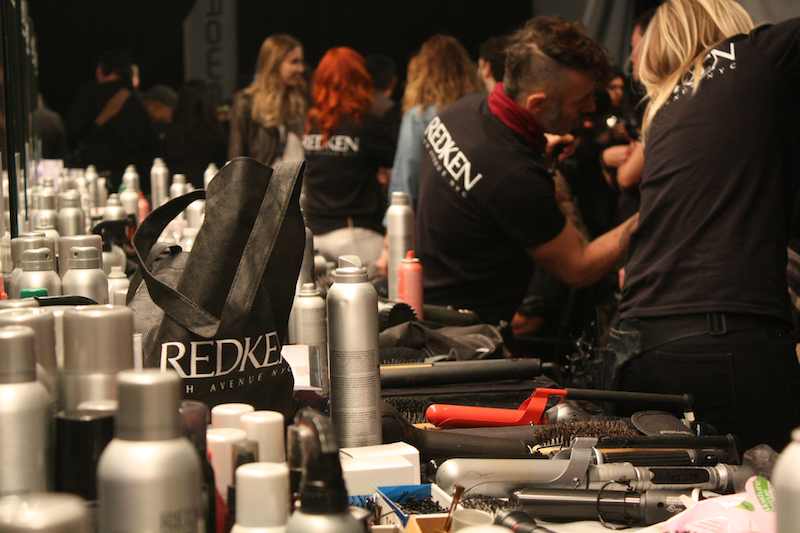 Who: The snow and wind might have been howling on opening night, but it was all calm and collected inside this season’s tents. After styling at Paris and New York fashion weeks for the first time, Redken’s lead stylist Jorge Joao returned to Toronto MasterCard Fashion Week for the Fall/Winter ’13 shows. He led a team of 40 stylists from six provinces to create 500 hairstyles. Stylists who were invited to work backstage spanned as far west as Trail, BC, as east as Montreal, north as Owen Sound, Ont. and south as London, Ont.

What: Collaborating with Canadian fashion designers to create hair that completes the runway looks, Joao had three weeks to nail down the right coif for all 27 shows. “We are hair, and the designers bring in the fashion aspect so each of the looks really complements the designer’s concept,” says Joao. Opening night included a voluminous coif contrasted with a white blond fringe for Miz by Izzy Camilleri; natural, roughed-up movement with a barrage of braids for Chloé Comme Parris; a handpicked wig that the team set and styled at Pink Tartan; a variety of modern men’s hair for Bustle and a very dewy updo for the Holt Renfrew show.

Soundbite: “Unbelievable. Unsung heroes. We love you all,” says Joe Mimran, the man behind Joe Fresh, to a cheering team of Redken stylists.