Franz Jakob, a Quebec-based barber at Authentischen Barbier has gained worldwide attention for a photo that was posted online of Jakob lying down next to a young boy with autism to cut his hair. 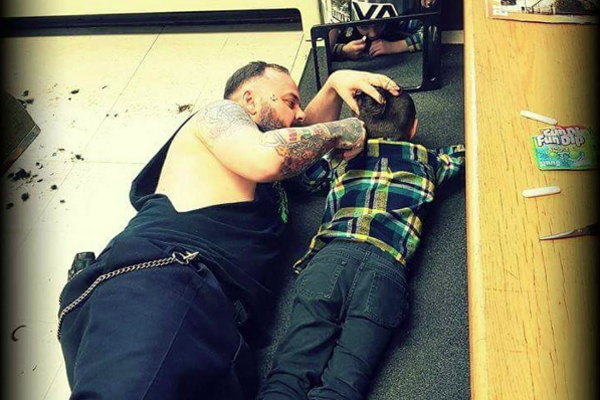 The photo, which was originally posted on September 24, has received more than one million views. Jakob explained that his client, Wyatt Lafrenière’s mother, had initially found it challenging for her son to receive a nice haircut until he became a client of Jakob’s, who has now been cutting his hair for two years. “It’s not the first time I’ve cut Wyatt’s hair lying down,” says Jakob. “It’s a process in which we look at pictures together, take breaks and eat candy. He’s the boss.”

Since the photo went viral, people on social media have said it has brought light to a dark time. “It has been surreal receiving worldwide love and support,” says Jakob. “I think people resonate with the photo because it brings positivity and shows something human.”