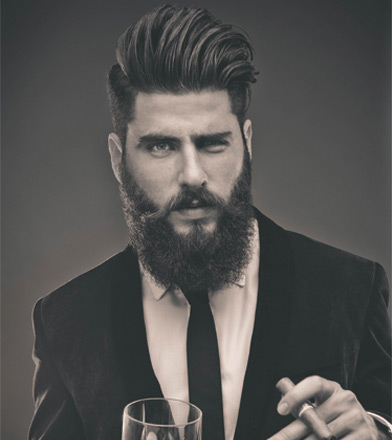 While more men are taking care of their appearance, there’s still a difference in how they approach it. From men’s styling in a unisex salon to a more traditional (but updated) barbershop, we spoke to three pros to understand some of the differences and similarities between the two.

Barbering: According to Matty Conrad, owner of Victory Barber & Brand in Victoria, B.C., one of the fundamental differences between barbering and men’s styling is the fundamentals in training. As Conrad explains, “Barbers are taught to cut to men’s bone structure, which is square.”

Hairstyling: According to Conrad, who initially trained as a hairstylist, men’s styling cutting techniques follow suit with women’s, which have more textured styles and “more round, oval haircuts.” Training with the tools themselves is another aspect that can take some adjustment, though one that can easily be changed because many barbers come from a hairstyling education background.

Top Tips: Hairstyling is constantly evolving, so Conrad urges barbershops to stay ahead of the curve with ongoing education: “Salons don’t have to be worried about losing female clientele to barbershops, but if barbers don’t focus on becoming more well rounded, history will repeat itself.”

Barbering: Enrico Compierchio, owner of Odyssée Salon Spa in Montreal and a Redken global artist, explains that barbering is “all about mastering the clipper work, from freehand clipper techniques to clipper-over-comb to working with guards and adaptors.” And while many barbers have reservations with using clipper guards, he reminds us that “it’s just like mastering any other tool.”

Hairstyling: In a hybrid barber-men’s styling setting, Donna Beyak, co-owner of The Men’s Room in Edmonton, uses “shears, straight razors and clippers,” as her clients aren’t the typical barbershop clients that come in just for a fade. “I’m trying for the upscale gentleman—I want the business guy,” she says, which means working in more textured finishes. 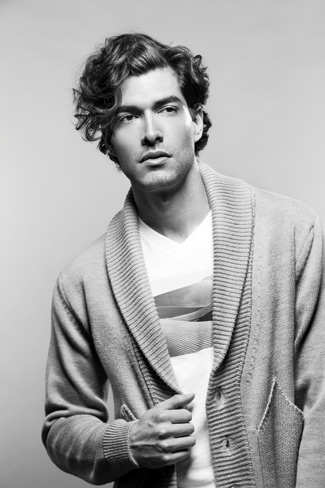 Barbering: A traditional barbering client is a no-muss-no-fuss kind of guy, and the consultation is always short. As Compierchio explains, “A guy will come in, say he wants a haircut, we’ll wash it and that’s it.” Conrad agrees: “A lot of barbershops work well on a walk-in model” because men don’t want to feel high-maintenance. “If a guy comes in and we’re booked, we’ll give him one of our ‘complimentary call-ahead cards’ so he won’t have to wait the next time—that way we’re more like his personal valet.”

Hairstyling: In Beyak’s experience of guys moving over from a traditional barbering environment, making them comfortable in their new setting is a must. “You get the guy who comes in and says ‘Just cut it’ and typically leaves the rest up to his barber,” she says. As with any client, you need to make sure that you’re on the same page, so that means using lingo he’ll understand: “We try to equate everything to tools or finishes, such as a ‘high-gloss,’” adds Beyak.

Top Tips: While hair salons are typically intended to appeal to female clientele, adapting your environment to appeal to men is key to their experience. Many places, including Odyssée, are “doing designated areas that are spaces just for men, so they are decorated a bit differently, will have sports playing and may even serve beer.” For Beyak, she created a space that was less of the traditional “chop shop” barbershop feel and more of an upscale salon just for men but still “feels like a man cave.”

Barbering: “Men will buy products from where they get their hair cut, and they’ll do it faithfully because there’s a sense of trust and it’s convenient,” says Conrad, though he admits a lot of the more traditional barbershop settings are missing out on the retail aspect because there’s a misconception that men don’t buy products. Compierchio agrees, adding, “With men, describing the product has got to be to the point.”

Men’s styling: For Beyak, a lot of her clients will buy products that get her stamp of approval: “It has to be useful for them, so if I’m using it, they have to have it.” But when it comes to upselling, “You have to build their trust and never push them.”

Top Tips: Retailing to male clients can be easier, but Compierchio recommends starting during the consultation. “I ask my clients what they do with their hair when they get out of the shower and I get all this information about their style and the products they’re using,” he says. “then I bring up the product I’m going to use without getting too in-depth.”