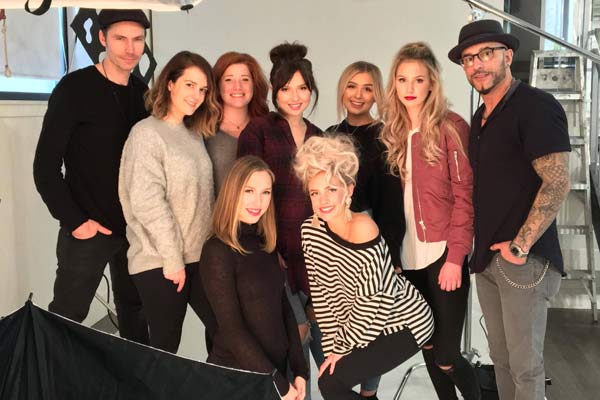 Behind the Scenes of Our Contest Winner’s Photo Shoot

Salon Magazine held a contest in partnership with editorial hairstylist Rocky Vitelli and photographer Doug McMillan to give one lucky winner the experience of a lifetime—to shoot a collection at Toronto-based salon, Studio Fontana.

The lucky winner was Sarah Hess, owner of Pretty and Co. salon in St. Catharines, Ont. Along with her all-women team (a.k.a. Girl Gang), Hess created a total of five creative looks, while being mentored by Vitelli.

“Mentoring, to me, means being able to bring out the best in the individual; not to take away from their ideas,” says Vitelli. “It’s about helping them execute their idea at the highest level possible through my years of experience in the industry.” 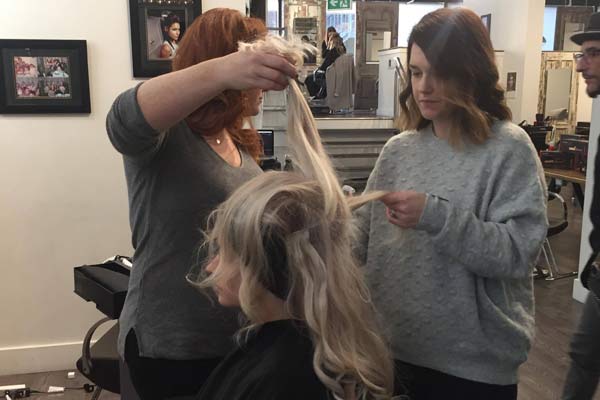 The theme of the shoot was “French Vibes,” described by Hess as an homage to classic style icons, such as Coco Chanel and Brigitte Bardot. “I’ve always wanted to shoot with those kinds of looks,” says Hess. “We’re doing a tribute to bouffant, which we’ve back-combed to make it look more editorial. Lots of extensions and big hair.” Hess and her team worked with a range of products, including Chi by Farouk Systems, Evo and R+Co.

In addition to his work as an editorial hairstylist and educator, Vitelli is a global artist for Farouk Systems, which generously donated a stylist’s kit filled with styling tools and products worth more than $500. 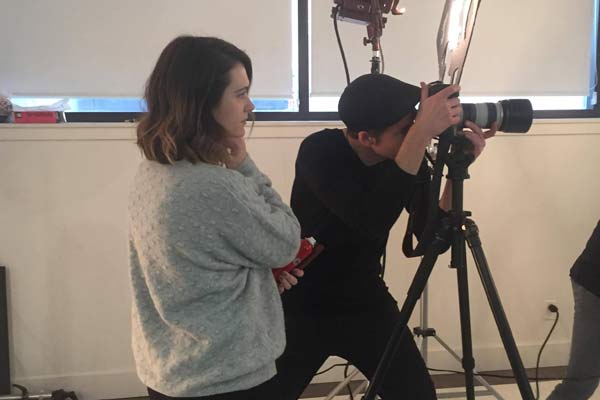 Vitelli, who has worked with McMillan for many years on his own editorial collections, says it was a natural partnership. “I’ve known Doug for many years and he always thought it would be great to partner with Salon Magazine to give back to the industry and bring some hairstylists who are up and coming to see the editorial world,” says Vitelli. “I’m here to make sure that what she wants to show is exactly what is going to show on the camera.”

“I love shooting new talent, which is the same thing I love about shooting for the Contessas,” adds McMillan. “It’s cool being able to help someone through their first big photo shoot with someone like Rocky who can teach along the way.” 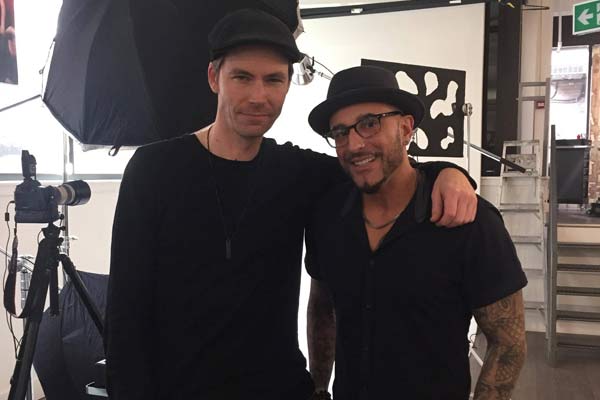 By the end of the shoot, Hess’ confidence level was boosted and she was able to learn valuable lessons from Vitelli to apply to future photo shoots.

“Rocky was super-friendly, not intimidating. I learned a lot about changing looks and would like to do more shoots now that we have a better understanding,” she says. “This experience means so much; to be able to come together as a salon and a team from Niagara and to work alongside a great stylist and photographer and Salon Magazine is exciting and a great way to end the year.”