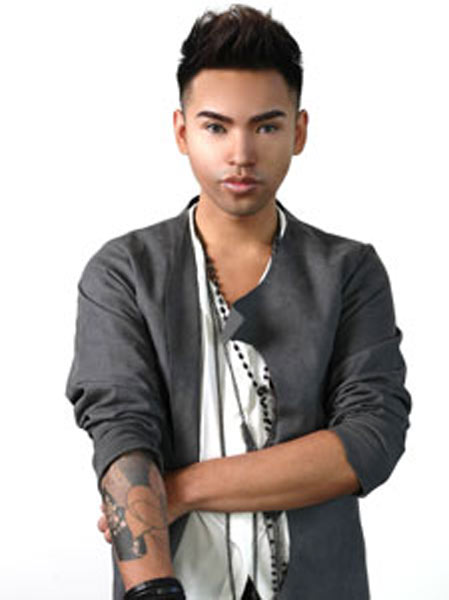 Who was surprised when Roger was eliminated from Canada’s Best Beauty Talent this week? I’m raising my hand! Not only was it an unusual elimination, with a makeup artist and hairstylist from different teams sent home, I also thought his hairstyle was quite pretty and figured Isabelle would be the one going.

Alas, it was not to be. I got a chance to chat with Roger this week and find out how he feels about the elimination, what CBBT did for his career and what he’s up to now!

Q. Why did you try out for the show?
A. “I wanted to inspire this generation of hairstylists, show them that anything is possible when you put your mind to it. Being a proud, gay Canadian hairstlyist, I wanted to represent. Also, I’m from Winnipeg, and I was the only one. Everyone else from Montreal, Toronto, Vancouver. It was a great experience to represent for Winnipeg.”

Q. How did you feel when you made it?
A: “Totally ecstatic! I was going through all the emotions—ecstatic, in awe! My dreams were going to be seen in front of people in the industry who live and breath it on a higher caliber.”

Q. What was your best moment on the show?
A. “I think the second episode, the “Brigitte Bardot.” I got positive feedback from Eric Del Monaco. When he said it was beautiful, I felt like he gets me and he loves it. That means I’m here and I’m doing what I can to impress the judges. When you have a vision and they love it as well, it’s very refreshing.”

Q. What was it like getting eliminated at that point?
A. “I really respect the show and I’m so happy I had the opportunity to be a part of it. I really enjoyed both the positive and negative feedback from the judges. They’re judges for a reason, even if you disagree with what they said. I still feel like I shouldn’t have been eliminated. Especially with bridal. Bridal is one of my fortes and I didn’t want that to define me or people thinking that I’m weak at bridal. I was worried about how I was going to be portrayed, but I am very happy with the portrayal. All of us [hairstylists on the show] do crazy hair, so it’s a challenge to achieve strictly beauty with a more commercial feel. It’s a beauty competition, not a hair show competition, so we have to play it safe to an extent. At the end of the day, I treated my model as a client and that’s the style that she wanted. It complemented the dress and it was how she wanted her hair and how she wanted to be portrayed.”

Q. How did you get along with the other contestants?
A. “I made some great connections. Everyone is talented at what we do and all of us brought something to the table that was not expected. I keep in touch with everyone and I hope they do a reunion show. At the end of the day, it’s great. Everyone is Canadian, plus having such top names involved, like Coco Rocha, Lisa Tant and Anna Pacitto, the artistic director for L’Oreal Professionnel.”

Don’t worry! You haven’t seen the last of Roger. He’s promised to talk to us next week to give us his take on how the episode goes. And if you’re in Winnipeg, you can catch him on Breakfast Television! Proving that when a door closes, a window opens, Roger was invited on BTV when he got back. After the show, the producers asked him to do a weekly segment on hair trends, which he’s just started. Congrats, Roger!