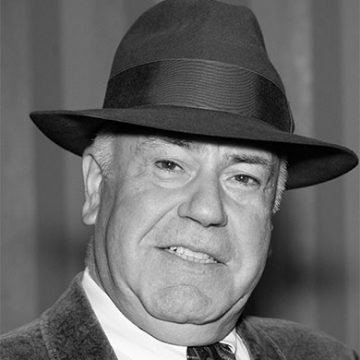 With the recent passing of renowned Canadian hairstylist Sabino Di Tacchio, the hairstyling community continue to mourn. Known for his unwavering talent, sophistication and sense of humour, Sabino was a legend in the field and a mentor to many.

Sabino was the owner of O’Hair Salon in Thornhill, Ontario. Beyond running a successful and nationally known salon, he kept his creative juices flowing by partaking in international styling competitions, and sharing his wealth of knowledge through mentorship and education.

Sabino was recognized for shaping and encouraging many young stylists, including his own son Luigi Di Tacchio. Luigi is a Toronto-based hairstylist at Radford Studio and ambassador for L’Oréal Professionnel. The day of his father’s passing, Luigi shared a photo of him captioned, “It’s with heavy hearts we say goodbye to my father, teacher and mentor. Love you always. May you Rest In Peace.”

Another stylist who has credited Sabino his own success is Paul Pereira, an award-winning Toronto-based hairstylist and Schwarzkopf Professional Essential Looks artist. Pereira shared with Salon in 2014 that early in his career, Di Tacchio trained him for competitions and “it was amazing and inspiring.”

Award-winning stylist and salon owner, Jason Lee, was also one of Sabino’s talented protégés. When Lee was 15 and a dancer, Di Tacchio discovered his talents and asked him if he’d like to travel with his team and choreograph all his hair shows. Though Lee knew it was a great opportunity at the time, he didn’t know how much impact it would have on his entire life and future career as a stylist.

“He may have been a master hairstylist and a world champion, but he was a great man who affected my life so deeply and I can only aspire to be as good of a mentor to others as he was to me,” wrote Lee in a tribute post. “I was fortunate enough to thank him years later for his kindness and generosity in person…He looked at me and said ‘any time.’ I am humbled to have been graced by your presence.”

Lee had another opportunity to thank and honour Di Tacchio for his mentorship during the 2020 Contessa Awards.