Sophie Trelles-Tvede was an average university student at Warwick Business School, who began her program only to realize that what she had enrolled in was not fulfilling her in the way she had hoped. 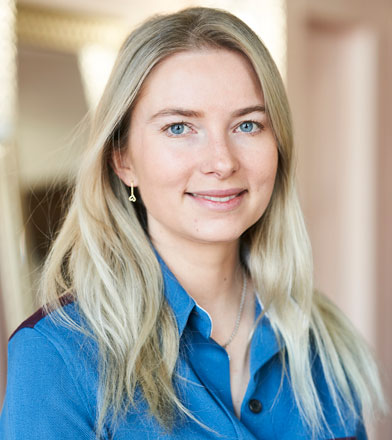 “I had just started university and I was sure that from there, life would sort itself out, but after a few months I realized that it wasn’t as time-consuming and fulfilling as I thought it would be,” recalls Trelles-Tvede.

It wasn’t until one night, when she was attending a “bad taste” party that required a silly costume, that everything would change. Trelles-Tvede glanced over to an old telephone in her dorm room and decided to use the cord as a means to tie up her hair as her costume’s pièce de résistance.

The next morning, Trelles-Tvede awoke to discover that the tension that followed from sleeping with a ponytail did not occur. And to her surprise, it was because of the telephone cord. “When I woke up, I realized that I was still wearing part of my costume—the telephone cord in my hair,” she says. “Usually, I would wake up with tension in my head, but this time I didn’t and I thought to myself that there had to be more to it.”

With this experience came an innovative idea: A hair tie composed of a similar material that would be comfortable enough to wear to sleep and would not leave any marks in the hair.

“I immediately called my friend, Felix Haffa, the co-founder of Invisibobble, to tell him about the telephone cord and asked him if he wanted to pursue this idea with me.”

Within three months, the first model of the Invisibobble was created—an innovative, traceless hair ring that leaves no marks, causes no breakage and prevents tension due to its telephone cord-like material.

“We started in the beginning of 2012 and after three months, we had our first product,” said Trelles-Tvede. “Within the first year, the most important thing to us was getting feedback on how we could create a perfect product that fulfilled its functionality, rather than how we were going to build our company.”

Trelles-Tvede and co-founder Haffa began selling to hairstylists, with a primary focus on what they could do to improve everything from the material to the packaging. 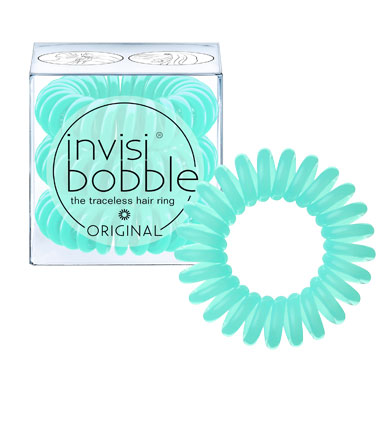 “After one year of feedback, we got to a place where we were happy with the product and that’s when we went international,” she says. “At the time, we were only 18 years old and already going to big meetings with wholesalers. We had a tiny display that we had set up and didn’t want to tell anyone our age.”

“When we started going international, we exhibited at trade shows like Cosmoprof Bologna and within the first year we were in 17 countries,” she says. “One of the most amazing moments was walking into the stores and seeing our products.”