We caught up with past Contessa winner, Edwin Johnston, to find out how his wins have impacted his careers, and what he’s been up to these days. 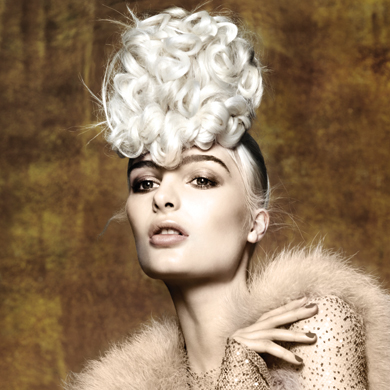 Number of Wins: 10
Contessa Record: OG (has entered the Contessas since the early ’90s); Winner of back-to- back awards for British Columbia Hairstylist of the Year (2000 and 2001).

What do you remember about your first Contessa win?

That it took so long (laughs). I think I was a finalist for 10 or 11 years before I won. It was obviously a big moment to crack through. I kind of felt like Susan Lucci for a while.What have the Contessas meant to you in your career? The chance to compete against your peers across Canada is a pretty cool platform. The creativity and the chance to get out from behind the chair and let your imagination and artistic direction flow; to do something different and creative. Professionally, my wins have done so much for promoting myself as a brand—I don’t think I would have gotten to do what I do for KMS [as artistic director] for so many years, if I hadn’t been successful in the Contessa Awards.I live in Nanaimo, British Columbia. For me, the Contessas were a great springboard to get myself known in the industry. Even though I lived in a small town, I always wanted to prove that you don’t have to live in Montreal or Toronto or Vancouver to be a major figure in hairdressing in Canada. The Contessas were definitely a way to compete against anybody, but still be based in Nanaimo.

What has been your favourite Contessa moment from the cocktail party or gala?

I remember meeting someone from KMS, who was from California, at the Contessas. That meeting got me a chance to try out with their art team a year later. I flew down to L.A., and the guy didn’t even work with them anymore. But that was my first foot in the door. If I hadn’t been at the Contessas that night, it never would have happened.What are your goals now?I’m trying to [photograph] more, and I’m trying to open it up so I can shoot for other hairdressers. Not only shoot their photos, but I can offer them guidance on the hair and how it should look. I think I can offer something unique, that a regular photographer can’t offer. I’m really trying to work into that side of it. Not just give back to my own team, but break out and help people in general. To get my photography good enough so people recognize that, and I can do more of it.

Are there any Contessa categories that you’re still hoping to enter and win?

I haven’t won Avant Garde, so that would be one I would want to enter sometime. I’ve never won Men’s, too, and that bugs me because I’ve been a finalist a few times (laughs). Those are the two that are unfinished business.