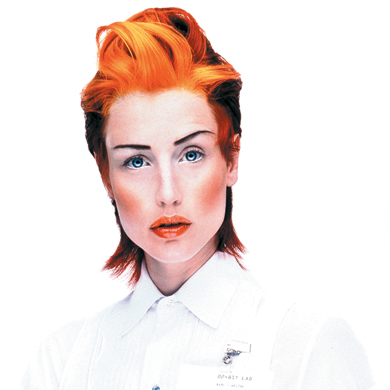 Catching Up With Past Contessa Winner, Orbite

We caught up with Louis Hechter, owner of Orbite in Montreal, to find out how his team’s Contessa wins have impacted his career and what he’s up to these days.

Contessa Record: Most wins from a salon in a single year (seven awards in 2002)

“We thought we might have a slight chance of being one of the winners, but not the ultimate winners for that evening,” says Louis Hechter, owner of Orbite. The collection, which was inspired by cloning, featured a futuristic range of vivid hair colour.

“We were really pushing editorial hair tothe extreme.” Hechter and his team also had the opportunity to present their collection as a presentation at the 14th annual Contessa Awards.

And while the Orbite team has moved away from competing, Hechter say she is focused on his role as editorial art director for L’Oréal Professionnel. “My duty is to help hairdressers have the experience, and to help and mentor them,” he says. “While I do love [competitions], I would love to judge or present at the Contessas.”