There was no shortage of inspiration at Wella’s 2018 North American TrendVision Awards (NATVA), which took place on July 16, 2018 at Caesars Palace in Las Vegas. 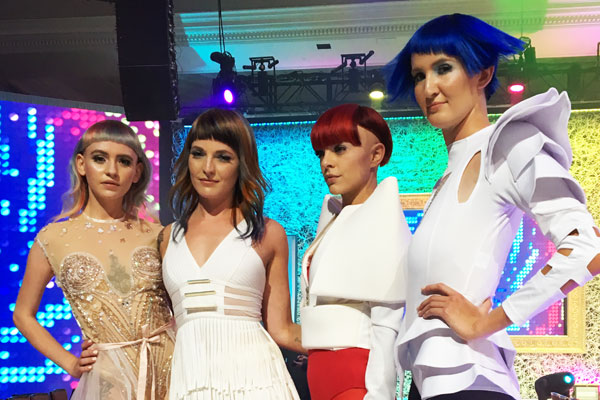 With a total of 3,400 entries from Canada, the U.S. and Puerto Rico, 37 hairstylists and colourists were selected to compete in a live competition, recreating their colourful creations that were submitted in the photo-based competition.

“I came to my first TrendVision Awards three years ago and when I saw the passion that students and masters put into their work, it ignited a new passion for my industry that I never felt before,” says Pacheco, who was the only Canadian judge on the panel. “It’s taking our craft to a whole other level. It’s so much fun to see them push the limits of what hair and colour can do.”

Among the inspiring presentations, the gold, silver and bronze awards were handed out in each category. Congratulations to all Canadian winners, including Daniel Grieco and Robert Rella of Salon Gaboa in Woodbridge, Ont., who will be travelling to Lisbon, Portugal in November for the 2018 International TrendVision Awards (ITVA)! And for Grieco, it’s his second consecutive year of attending ITVA. “It’s awesome; it’s an amazing experience,” he says. “But for me, it’s always about being grateful. Even if there was [no prize], I would still be grateful.”