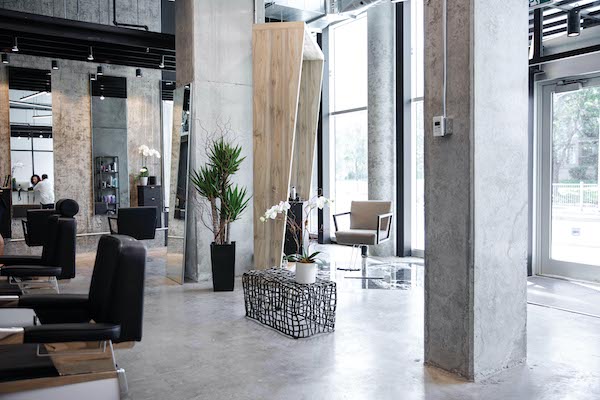 While the salon industry has taken a huge hit during the pandemic, it’s been especially unfortunate for new salons that had either started construction on a new location or were newly opened and only able to operate for a few months before the first lockdown. 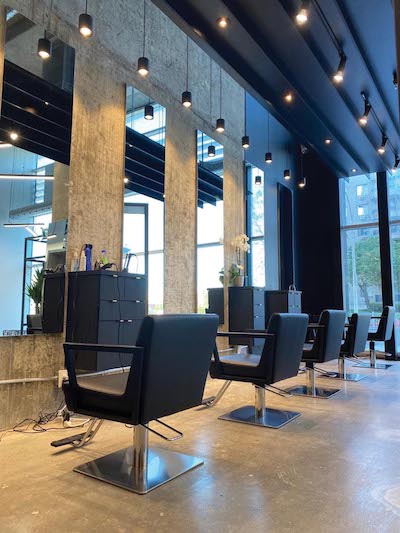 Case in point: Salon Christopher’s, a spacious Montreal-based hair salon that opened in July 2020. Although its owner, Christopher Maroun, had always hoped of owning a salon, he says it was an entirely different experience to open one during a global pandemic but didn’t let it stop him from creating the salon of his dreams. 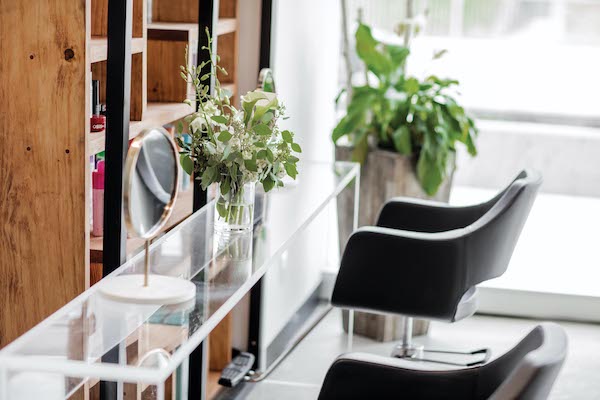 “Starting a business in normal times is hard enough, so imagine how it is during a pandemic,” he says. “I learned to have patience and to expect the unexpected. There’s always a positive side to things, and I knew I had to go all in on this journey. Because we’ve been going through these tough times, I know our amazing team can get through anything.” 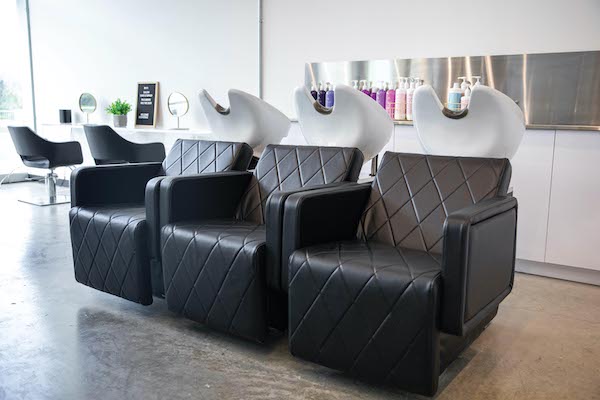 When dreaming up the concept for his own salon, Maroun says he was more focused on the interior design, but as he got older (and wiser), he says he knew there was much more involved in the process. “Now that I’m in my 30s [and with the pandemic], it’s a totally different vision than I first had,” he says. “While the design aspect still excites me, it’s all about management, the team and putting customer service first.” 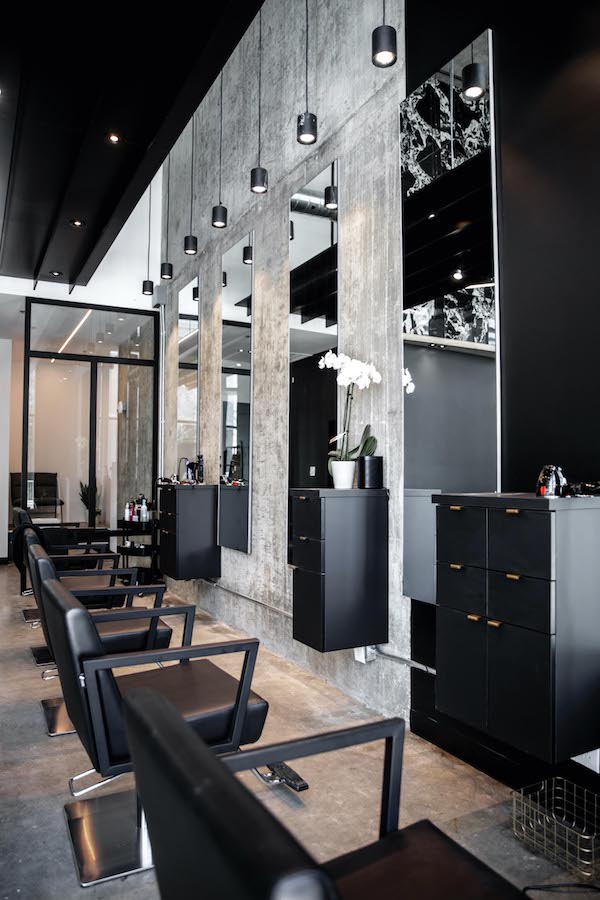 “When I decided to open the salon, I created a Pinterest board and had a section for the sinks, backbar, chairs, reception, mirrors, lighting, colour section, barber stations and more,” he says. “But then I realized I had to find the location before anything else. One day I was driving and saw a brand-new condo tower with commercial spaces and high windows. I took down the number and called to set up a meeting. We signed two weeks later!” 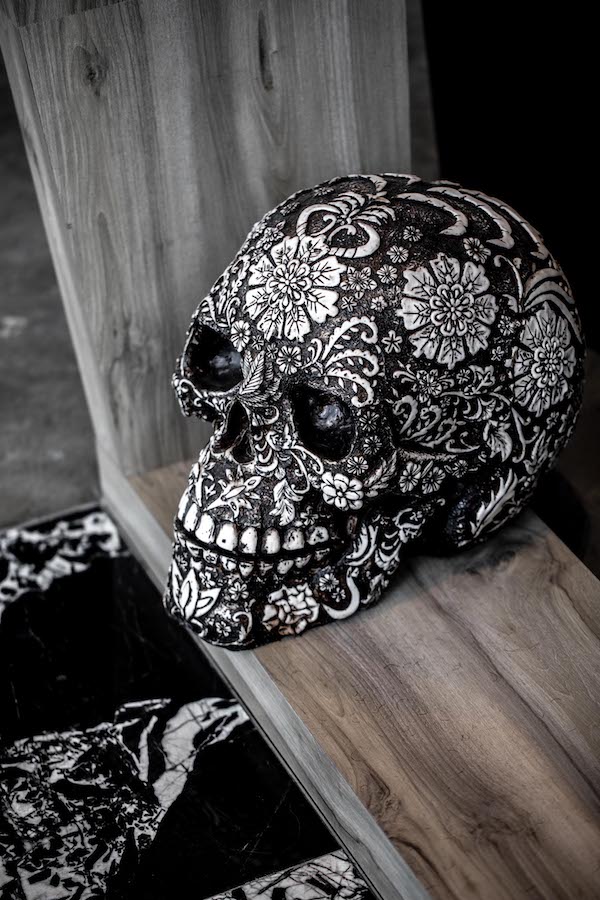 Maroun wanted to pay homage to his love of skulls—asking the salon’s designer, Isabelle Lessard of Lanvain Design, to place a couple of skulls around the salon and incorporate a larger skull (which Maroun named Carlos—pictured) at his station.

Since Maroun had been dreaming of his salon’s design for quite some time, he acknowledges that he’s a self- proclaimed minimalist and understands the importance of creating a salon with minimal clutter and timeless décor. 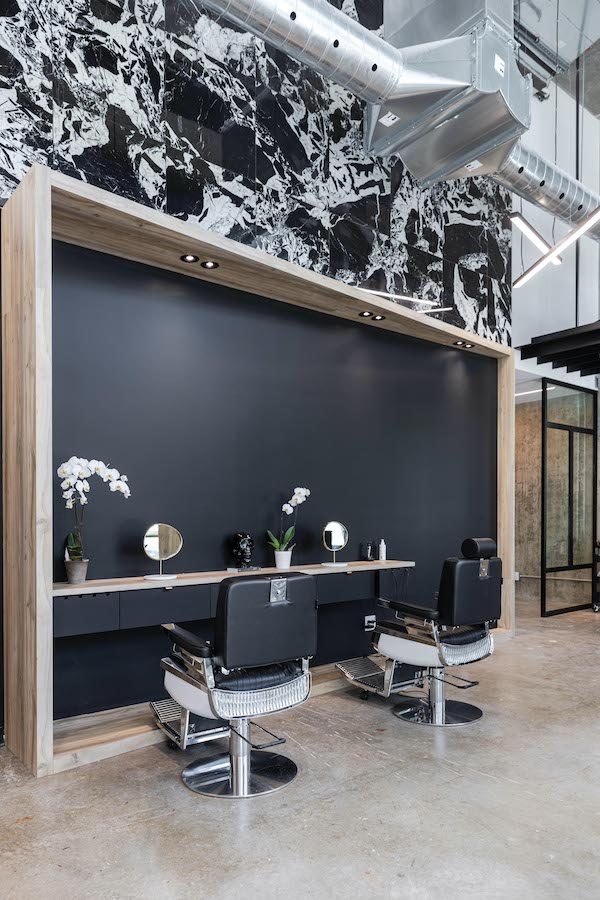 “I wanted something that would look good now but still look good in 15 to 20 years,” he says. “Luckily, the space was brand-new with 21-foot-high ceilings and 1,600 square feet of space with concrete columns, which suited my minimalist vibe perfectly.” 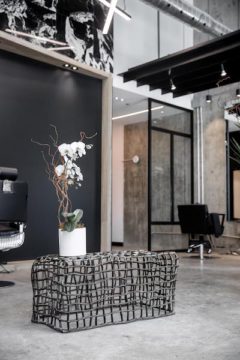 Aside from its beauty, consisting of blended textures of wood, metal, marble, concrete and glass, along with natural light and an open-concept design, Maroun also gave much thought to the salon environment as a whole.

“I always envisioned a salon that attracts all types of people,” he says. “I never wanted a stereotypical luxury salon. I wanted to create a space where clients can feel at home and let their stress go. We have such a fun energy in the salon. Our clients and our staff are very multicultural—coming from a variety of different backgrounds. We are like a big family.”