Check out the Minimal Chic Interiors of THIC Studio

Morgan Tully has worked in her fair share of salons. Starting her career at Montreal-based Salon Pure before moving to Toronto to work at Civello, she knew exactly what she wanted to create when designing her own space, THIC Studio.

“I’ve worked in a lot of different salons, and I wanted to create a space that was different from anything else I’ve ever seen,” she says. “Most of the time when you walk into a traditional salon, it’s hectic, crowded and messy. I wanted to break it down to figure out the best way that I could make the space feel light, airy and calming, and encourage people to want to stay longer than their appointments.” 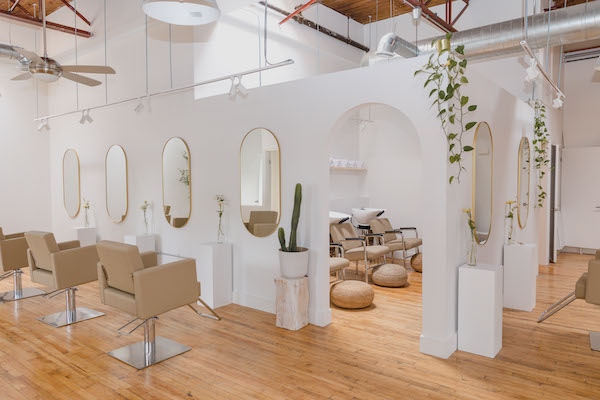 After working in the industry for 20 years, Tully says she wanted to slow things down and have a change from the traditional fast-paced salon environment.

“We’re located in a trendy neighbourhood that’s right off Queen Street but not on Queen Street. It’s not like most salons on a busy street, where you have people walking in all the time,” she says. “I wanted it to be more exclusive; by appointment only. It kind of has an L.A. or New York vibe to it.”

Tully also wanted to elevate the in-salon experience for her staff by designing a special breakroom that allows them to unwind. “Most salons don’t have a lunchroom or a space that stylists can feel inspired in,” she says. “We have a really beautiful lunchroom, which I call a boardroom, and it’s encased in glass, but we can open it up and make the whole space an open area, as well. It’s filled with light and it really does provide inspiration to the team. Being in it just makes you feel happy.”

Another one of Tully’s favourite spots in the salon is the colour room. “It has a beautiful balcony door and amazing light,” she says. “The salon itself is south-facing and west-facing; it’s a big corner unit, so we get sun all the time. We also have skylights everywhere so when guests are in the shampoo room, they can look up at the sky.”

I wanted to have vibey, calming beats playing when you come in; my goal was to create a vacation-like setting with a mellow citrus aroma when you enter the front door.”

“I designed where the walls were built, how the sinks and plumbing were laid out, where the electrical outlets sat on either side of the stations and how far down the lights came from the wall,” she adds. “Every corner of my space was thoughtfully planned out, knowing what hairstylists’ needs are, and always keeping our guests’ experience in mind.”

Ready For A Close-Up

Factoring in the popularity of social media, Tully created her salon space with a built-in photography studio. “In the world that we live in with content creators and influencers on Instagram and TikTok, it’s wild to me that more salons aren’t incorporating that into their ethos,” she says. “So I created a photography studio within the space so that when someone comes in and has their hair done, they almost feel empowered to take photos of themselves. It’s a small space but it’s bright and beautiful, and mostly white so you can really get creative in there.”

In addition to being a salon owner, Tully is also the founder of her own haircare brand, THIC. While she ultimately created her space to transform the salon experience, it serves as an outlet for her to build business around her brand. “People want to take selfies of themselves all the time, so why not create a space where they can get their hair done and take photos? For me, that creates word-of-mouth marketing and growth; encouraging them promote my brand and my other stylists at the same time.”

She also rents out her studio to photographers and other businesses. “Nothing makes me happier than seeing other creative people be creative in my space, and that’s definitely one of the things that I wanted to create here.” 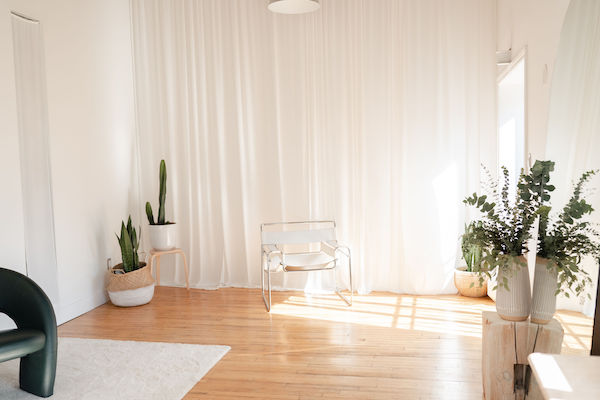 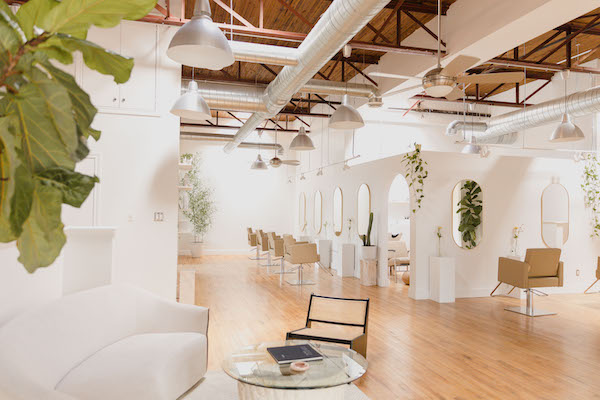