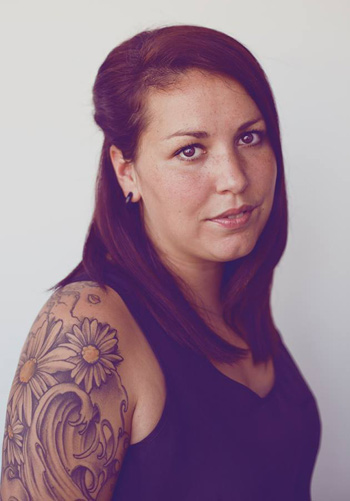 Contessa 2016 Canadian colourist winner, Ann-Marie Goupil, shares her one piece of advice for anyone considering entering the Contessas for the first time.

Ann-Marie Goupil: I first studied in nursing to quickly realise I was way too emotionnal for that trade. So I found another way to help people feel good—haidressing!

SM: Who are your styling influences?

AG: There are many wonderfull internatinnal artists but I really have a weakness for Quebec artists, including Anna Paccito, Guylaine Martel and Alain Page.

SM: Where you do find your inspiration?

AG: Everywhere! On the Internet, in magazines and even on the street.

AG: I could not live without my colour brush!

AG: Choose a direction or theme to brainstorm with your team and get the best of everyone’s ideas.

SM: Who’s the first person you called when you found out you were a Contessa finalist?

AG: My colleagues. When I received the call from Salon Magazine, I was at work and started screaming and crying!