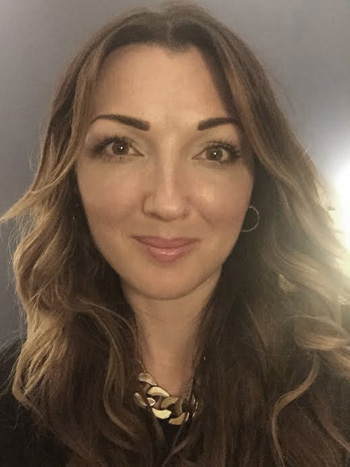 Contessa 2016 Saskatchewan/Manitoba Hairstylist Winner, Crystal Dawn Malchuk, shares why she believes working in a team is so important and offers her tips for designing a Contessa-winning collection with her story board creation process.

Crystal Dawn Malchuk: I would say definitely from a little girl. I was that little girl who would cut her doll’s hair off or do her Barbie’s hair and I was told that I couldn’t keep cutting their hair off because it doesn’t grow back.

SM: Who are your styling influences or inspiration?

CDM: Honestly, my influences in my styling life have been my teammates. Since working with Revlon Professional the last four years, the people I work with on that team definitely inspire me every single time I work with them. They were the reason I did my first photo shoot. I’m from a small town. Brandon is 50,000 people but I work in a salon that I find our girls come and go or they’re just there to cut hair. I wanted to do a little more. Working with the Revlon Professional team has been awesome and it’s brought me to where I am now. It’s why I did my first photo shoot.

CDM: I have all the Revlon Professional Style Masters products that I use with the Revlon Pro team and they’re my go-to line in the salon too.

SM: What is the next milestone you’d like to achieve?

CDM: Now that I’ve done the Contessas, my next milestone would probably be creating more photo shoots towards colour, experimenting with more colour and doing something more out of the box and avant garde.

CDM: I would say my biggest help was definitely having a story board and not thinking too much into it. Do what you do best, what you think is great and not what you think they (the judges) are going to be looking for. You can so easily become wrapped up in it and I was in that mindset for a moment until I snapped out of it and told myself that I need to do what I like and really, I don’t know what they’re looking for. It’s who you are, a real piece of you, that goes into that photo, and that’s going to mean a lot more to you and the judges than meeting some thought-up expectation.

SM: What was the process you used to create your Contessa-winning photos?

CDM: I started with my story boards. I usually start with piles of magazines and pictures and every time I find a picture or something that gives me a great idea, even if it’s in a whole bunch of different categories, I just cut it out or rip off the page and place it onto a different category on my story board or into a folder. In the end, what you should enter is going to be what you’ve gone through the most and for which you have the biggest folder. At the end of the day, I definitely gravitate toward a certain style and my story board will start to look more organic, more natural.

CDM: Work with people who you completely trust and if you don’t have the same ideas, it’s OK. You need to have everyone’s different ideas to gel together and create something great. There were three of us on my team. Three was perfect. We all do hair differently, but at the same time, it was great because every time we had an idea, it was something the other two would never think of. Take someone you get along with but who has a completely different style and have them be a crucial part of your team. We had our own styles and ideas, but it was all these ideas togther that brought each photo to life. It brought everything to a whole different level. And don’t think you can do it without a team, either; it’s too hard!

SM: Who’s the first person you called when you won the Contessa?

CDM: It was my husband but he was watching me on the live webcast back at home. I had all my family at home watching and all my friends.