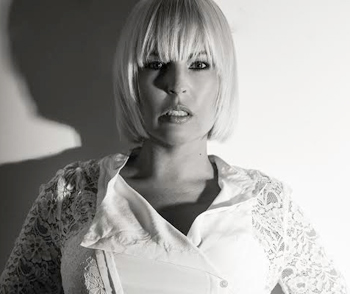 Contessa 2016 Canadian Hairstylist of the Year winner and Contessa 2012 Ontario Hairstylist and Texture Hairstylist winner, Mandy MacFadden, shares her styling influences and the unconventional way she found out she wanted to become a hairstylist.

Mandy MacFadden: I actually didn’t know I wanted to be a hairstylist. My hairdressers at the time, who are Gisella and Sandro Zamparini who own The Joint downtown, offered me an apprenticeship position and I accepted it because I didn’t have anything to lose, so I thought I would try it and see if I liked it. They took me to a show and I don’t remember what it was, but the models on stage were all wearing bubble wrap and I thought, I’m in the right industry! I thought bubble wrap was pretty cool at that time.

SM: Who are your styling influences?

MM: My favourite I go to and sort of creep around online is Odile Gilbert. I love her and kind of think you’re super cool if you can put out a book and Karl Lagerfeld does the foreword. I’m taking Midnight Masters course with him and I get a really good kick out of him. And if I have to pick one more, even though they’re a little darker than what my personal taste is but I still love following his stuff, is Eugene Souleiman.

SM: Where do you find your inspiration?

MM: I like watching all the online style shows and my favourite app is still Style.com but there are lots of influences completely around us. There’s inspiration around me that I see every day, you see someone do something in the salon, or I walk around and see something. And then I am lucky to be on the Pureology artistic team so I spend a lot of time with Peter Gray and Natalie Robertson and the rest of the L’Oréal Professionnel artistic team. The one thing I’ve learned is that if you need to be inspired, just ask. If you see something you love or have an idea, talk to all your friends, have your work critiqued, you know? If you see something you love that someone else did, just ask them how they did it. What do you have to lose?

MM: Pureology’s Colour Fanatic, which is a leave-in conditioner because I really believe that no matter what we do, we really have to start with a strong foundation of hair. And well, shiny healthy hair is my favourite.

SM: What is the next milestone you’d like to achieve?

MM: I have no idea. For this question, I’m completely stumped. I’m very fly by the seat of my pants and go day by day. If I had to pick something, I’d maybe do a little more editorial than what I’m doing now, but I don’t really have any real, set goals. I don’t know if that’s terrible…?

MM: Do it for yourself. I think some people get caught up in what wins or doing what they think they should do to win. But winning is just the icing on the cake. You should enter for yourself and to do something creative. We’re kind of lucky in that in this industry, our jobs can be our hobby at the same time. So in the end, do it for yourself.

SM: What is the process you use to plan a collection?

MM: I always kind of start with spending a little time coming up with a theme and sometimes a theme for me can start with just a feeling, like whether I want it to be maybe something soft, or feminine, something happy, dark, whatever the feeling. I pick what my story will be.

MM: Be open and be willing. As hair artists, we are all very strong and passionate characters. But in order to work with each other, we all need to learn to be open to new ideas and be willing to create them together. There is lots of room for everyone to shine. Allowing each other to work on your strengths and weaknesses together only makes your team better.

SM: Who’s the first person you called when you won the Contessa?

MM: The first person I communicated with was my husband via text, but the first person I actually called was my photographer, Alessandra, and that was just so we could have some girly screams on the phone.