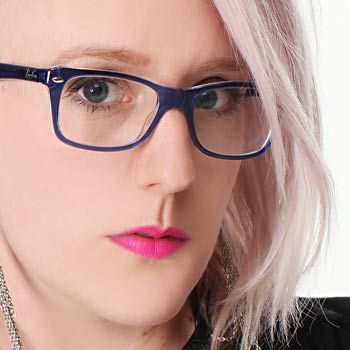 Salon Magazine: Why did you decide to enter the Session Hairstylist of the Year category?
Julie Vriesinga: I chose to enter Session Hairstylist of the Year because I love that category. I have always admired the finalists and winners, and have never entered it before. Session hairstyling to me is the whole package. I love creating a story or a theme when I shoot and I think that is so important in session styling—it tells a story and that’s what I tried to do.

SM: How would you describe your style when it comes to your photo shoots?
JV: For photo shoots, my style is pretty moody and kind of darker. This shoot was a bit softer but I tend to gravitate towards the darker, moody feel.

SM: Where do you get your inspiration for your collections?
JV: From so many things—it can come from the weather, the seasons, an outfit I saw at a runway show. It can come from anywhere. That’s the fun of it. You don’t know where it’s going to come from until it hits you.

SM: Why is it important for you to keep entering the Contessas, even after you’ve won?
JV: It has taken me a number of years to get on that Contessa stage and it was amazing! I keep entering because I love it and I have a couple other categories that I will keep trying for.

“Be passionate. Go with your gut and just keep going.” ~ Julie Vriesinga, Contessa 2017 Session Hairstylist of the Year

SM: Who do you consider to be your mentor?
JV: I’ve had a lot of mentors over the years. Heather Wenman was one of the first people I worked with. She kind of took me under her wing and taught me everything I knew about photo shoots when I started. She was a huge part of bringing me into that world. Also, Guylaine Martel and Matthew Collins are some of the people I get to see a couple times a year and learn from.

SM: Why is education so important for hairstylists?
JV: I just don’t think we ever know enough. I always think there is something you can learn from every class you go to. I learn from the girls and guys at the salon, day to day; I learn little techniques that I’ve never thought of. 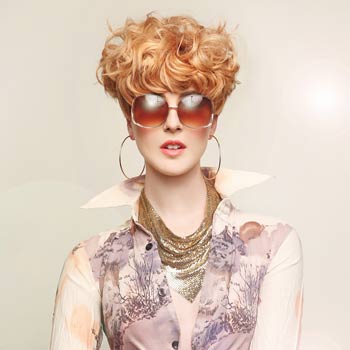 SM: What advice do you have for new hairstylists coming into the industry?
JV: Just be passionate. Go with your gut and keep going, especially in the competition world. I’m a good example of that; you don’t always get there in one shot. It has taken me a long time to win and I’ll keep going. It’s worth every second of it. For me, it was never really about winning. I wanted to see my name up there and compete with the people that I look up to.

SM: If you weren’t a hairstylist, what do you think you would be doing?
JV: It’s so hard to even think of what else I might do besides hairstyling. I have worked in a salon since I was 15 years old. I honestly can’t imagine doing anything else.

SM: How do you relax when you’re not styling hair or entering competitions?
JV: If I’m not at work or planning a shoot, I am always with my kids. I have three little boys and every other minute is spent with them.

SM: What is the next milestone you would like to achieve?
JV: Someday I would like to win Canadian Hairstylist of the Year. That’s definitely a goal of mine at some point. I want to keep competing. There are a few awards I would definitely like to take home from the Contessas, so I’ll keep working on that and hopefully someday I will.

Contessa entries are open! Fill out an entry form or access the rules and regulations here. Hurry! Entries close August 2, 2017.