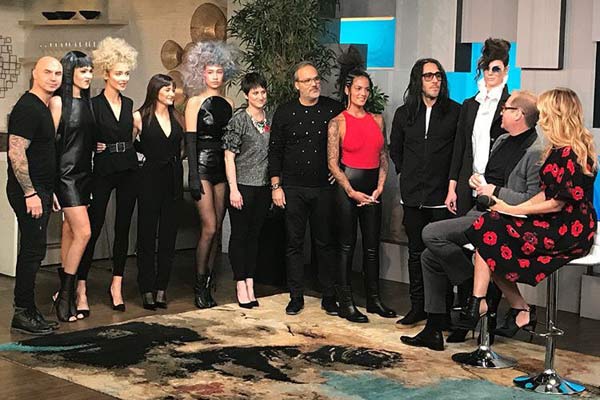 First up was an edgy style by Sandro Macri from Salon Collage in Toronto (who was a Contessa winner last year and is a Contessa 2018 finalist for Canadian Hairstylist of the Year). Another past Contessa winner, Robin Bacon of Giovanni & Perri in Barrie, Ont., presented one of the looks from her finalist collection for Texture Hairstylist of the Year, featuring a model featured pastel colours and braids.

Next up was Dina Morrell and Francesco Cupello from Toronto-based JC Salons—a finalist for Canadian Salon Team of the Year, whose model featured textured curls.

Closing the segment was two nominees for Elite Master Hairstylist of the Year: Daniel Naumovski from Taz Hair Co. in Toronto, whose model featured stenciled hair, followed by Michael Crispel of Toronto-based Earth Salon, who showcased an editorial, retro-inspired updo.

Good luck to all the finalists!

Watch the segment on Breakfast Television.