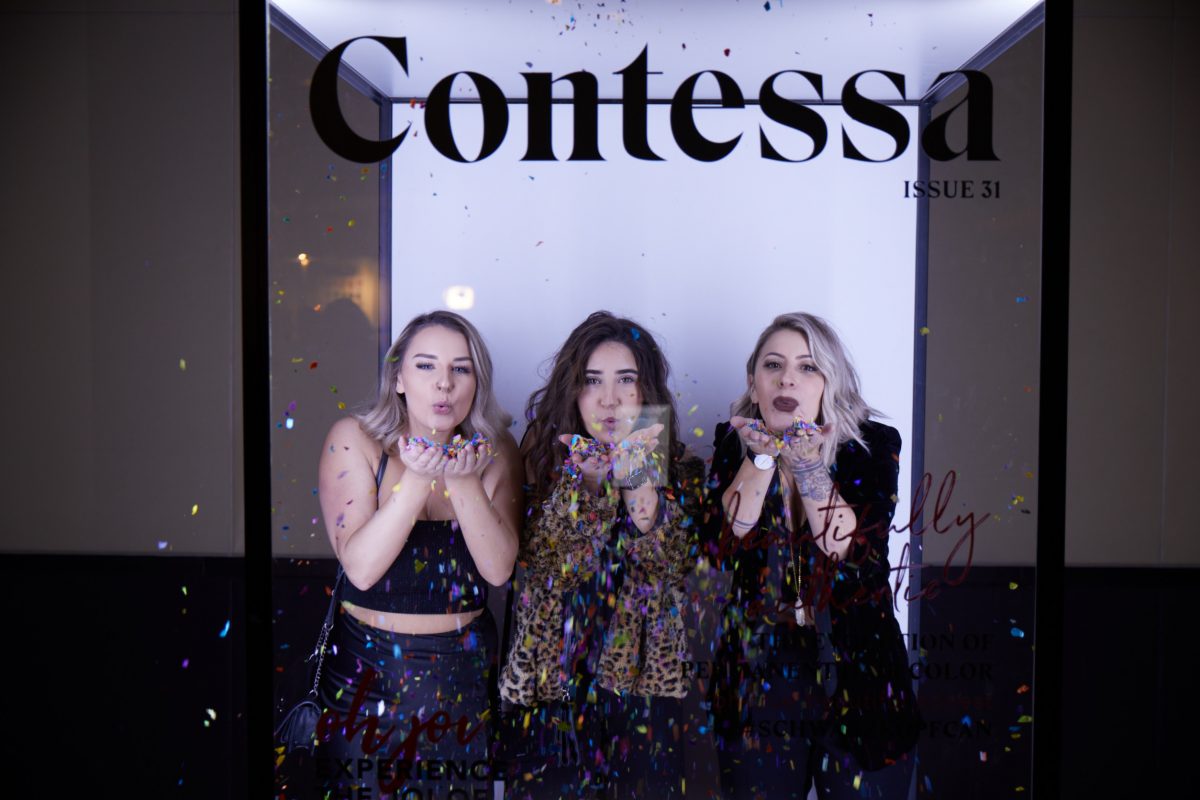 What a night to remember! On Sunday, November 10, 2019, the 31st Contessa Awards took place at the Westin Harbour Castle Conference Centre in Toronto.

With more than 1,100 attendees, the event kicked off with a fabulous cocktail party, which included a red-carpet hosted by Toronto hairstylist and industry expert, Steve Roy.

Adding a special touch of glam to our cocktail party were activations by the Contessa gold sponsors, including a playful “Ring for Champagne” wall by Oligo Professionnel, a colourful candy bar and interactive robot photo booth by Wella Professionals, and a Contessa magazine cover photo booth by Schwarzkopf Professional. 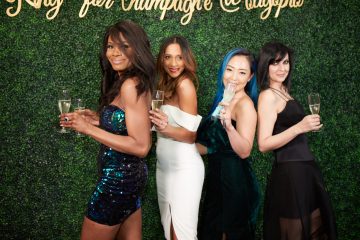 But the pièce-de-résistance was the Contessa 2020 finalist collections, which were on display in the centre of the room to give the full house a closer look at the finalists’ outstanding work.

The show began with a video collage of some of the most memorable posts from past Contessas, showcasing the sense of community the annual event has built.

The awards were hosted by master of ceremonies, Bill Rowley, who led the audience through interactive (and hilarious!) questions throughout the night, using the audience engagement platform Menti.

Salon’s group publisher and president, Laura Dunphy, took the stage with editor-in-chief, Veronica Boodhan, to highlight the importance of community and unity, and how the Contessa Awards brings the Canadian industry together for one special night.

After dinner, the awards were handed out and the room filled with cheers as the winners took the stage to accept their awards and deliver inspiring and emotional speeches.

After the first set of winners were announced, Moroccanoil took the stage with a presentation led by artistic director, Kevin Hughes. With a focus on the theme of “Every Colour is Beautiful”, the presentation featured gorgeous models with a range of avant-garde-inspired hairstyles, showcasing colourful hues from Moroccanoil’s new Color Depositing Masks. The presentation also featured a sparkly, eye-catching wardrobe provided by New York-based fashion house, The Blonds. 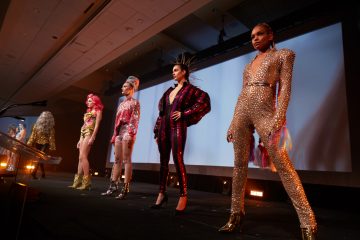 For Wella Professionals’ stage presentation, global brand ambassador Darren Ambrose and his team took the audience through a range of retro-inspired hairstyles that were elevated with modern cutting and colour techniques. 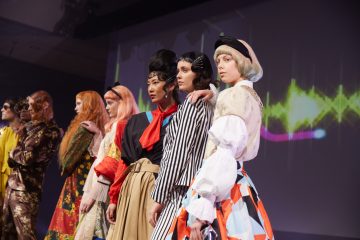 Last but not least, Pulp Riot concluded with a colourful presentation that featured haircutting (yes, haircutting!) live on stage. Co-founder Alexis Thurston was joined on stage by her team, including Vancouver-based hairstylist, Michael Levine, to showcase the brand’s rebellious style with models sporting “We are the Riot” shirts. 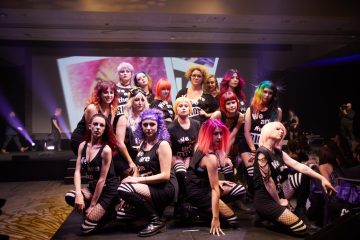 The night’s big winner of the coveted title of Canadian Hairstylist of the Year award was Tracy Newton from Aveda Institute Toronto. And Harmony Hair Care was named the Canadian Salon Team of the Year (for the second consecutive year!) 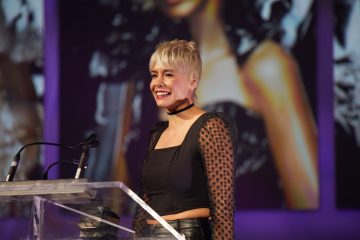 Congratulations to all Contessa 2020 winners and thank you to all sponsors for their continued support!