Contessa 2020: Q&A with Alberta Hairstylist of the Year, Danielle Barbey 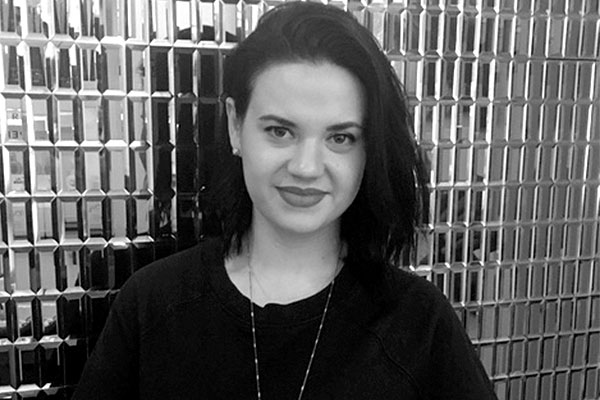 How did you come up with the concept behind your collection, what did your brainstorming process look like?

In fashion and clothes, animal print has been making a bit of a comeback, so I was trying to do that through hair. My goal was to have more high contrast colour, or something that might be more high fashion like the animal print or fur. I also do really like to do creative colour looks just because at the salon you’re mostly doing wearable looks, so it’s really fun to do something that you never get to do. Also in the past, I have a tendency to rely a lot on my colouring, so I did a black and white shoot this year just to really rely on my placement, not so much the colour.

Did you create hairpieces for all the models?

A lot of times I make hairpieces ahead of time and just try to find who suits them the best and make it look as real as possible. Usually for a shoot, I’m prepping for at least a few months. Just like finding all your hair and figuring out your looks. I’ll set aside at least a day to make something, put it all together and colour it.

Can you technically break down each of your looks?

The first one is actually fully made of fur. It’s a jacket that I cut up. I felt that I wanted to make it look like an afro-textured kind of bob. I did have to shape it into a wig and also style it enough so that you can see the texture and contrast. It didn’t look as good lying flat, so I just had to bring up the hair, mostly with a blow dryer. The real struggle was getting the right angle and shooting it, in some images it just looked like panels from a fur jacket, but just getting the right angle on it was really important.

For the really long look with the more blocked kind of stripes, I just had to make little markers of where I was going to paint it dark. I first coloured it all white and just eyeballed it in a mirror. And then I used a meche and made sure I was only painting certain parts and worked as fast as I could so it didn’t bleed. Because the colour is so bold, I wanted the rest to be very soft and more natural looking and as long as possible. I didn’t really do a lot of cutting, I just wanted it to be more natural.

The shorter bob was light to begin with, and I decided to keep it light underneath to have a contrast. And for the pattern on top, I used this other product that’s like a sticky material on plastic, so I just made cut-outs of stickers and stuck it all on the hair and coloured it dark on top just to keep all those other spots white.

Were you happy with the end result of your collection?

I think overall I’m pretty happy with it. Sometimes it’s really hard to pick which shots you’re going to put in, but I thought these were the most creative looks. As much as you plan everything, you’re always not totally sure how it’s going to come together, especially when you pair all the images together as a collection.

What was going through your mind when you were selected for the Contessa award? How did you feel? What did you enjoy about the night as a whole?

I was really happy, it’s really exciting. I always tell people too that if you’re going to shoot, you have to also really like shooting—you don’t do it just to win. But it’s still really nice to win of course, but it’s more than that too. You also get to see a lot of the same stylists you usually see, but also meet many new stylists putting out work, which is really exciting. So it’s basically lot of people coming together and showcasing all their work, and that’s really cool.

Do you have any mentors in the industry?

Tony Ricci would definitely be my biggest mentor, but I’m lucky I get to work with him all the time just in the salon and I have seen and been a part of a lot of his shoots, so I’ve had a lot of good experience there.

We do quite a bit of education in the salon. We’ll bring in different people or if workers from the salon went to a class, they’ll come back and share what they learned. So, I’m always trying to change it up with new techniques in cutting, colouring and styling. And then of course, there’s a lot of online education now, too, but I of course prefer hands on education.

What’s next for you? What else are you hoping to accomplish this upcoming year?

Besides doing little shoots in the salon for our social media content, I think I’ll be mainly planning another shoot for this year for Contessas. Just finding another category to enter, I probably would like to enter colour.