Contessa 2020: Q&A with Master Colourist of the Year, Michael Shire 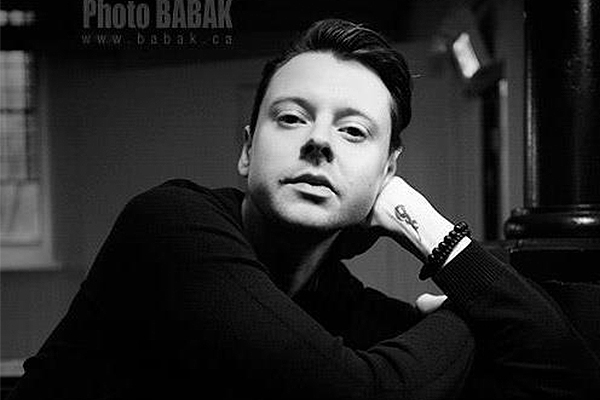 How has the experience been since you won?

It’s quite humbling and I’m quite grateful. I’ll get an email or a text message [congratulating] me. It’s really cool.

Tell us about yourself.

It’s been about 15 years that I’ve been in Toronto. My first job in the city was at Holt Renfrew Salon & Spa. I spent 14 years there, and after the recent closure I moved to Taz Hair Co and have been there for the past year and a half. I’ve been doing hair for 23 years now. I can’t believe it. Time flies!

I’m originally from Regina, Saskatchewan so I’m a prairie kid. [When moving to Toronto] there was definitely a bit of a learning curve because you’re not quite sure what you’re getting yourself into when you move to a new city and all that goes along with it. But I definitely feel more at home here than out west.

It has been eight years since you first entered the Contessas, and this is your first win. You’ve even joked that you were the Susan Lucci of the Contessas. What motivated you to keep entering?

I still felt that making it as a finalist was a bit of a win and to be named in the top five or top 10 in Canada was a huge honour. You get the ticket to go to the gala and celebrate with everybody so in itself it’s like a bit of a win. But now that I have won, it definitely feels fantastic. And in a way, I get to keep a diary of my own progress throughout the years. I look back on some of my first attempts with photo work and I say, ‘Wow!’ To go from a single model to a collection of five models, it’s impressive in itself. It’s something to be proud of and inspires self-pride and self-confidence.

Master Colourist is one of the Contessa Awards’ nomination-only categories, and you were competing against some of the top names in Canada. What was that like?

It’s a funny thing, because I messaged Rossa Jurenas, who is amazing and a giant in our industry. She’s just so generous with her time, and [asked her for] any sort of advice or guidance and direction that she can give. She’s very much an open book in that regard. Same thing with Michelle Finlayson and Melissa Duguay. All of these are very recognizable names in our industry. We all work for different colour companies but what’s nice is that at the end of the day, if we’re competing for anything, we’re all a sub-community or sub-culture of our own. What I love the most about that is that nobody is better than anybody else in that regard. We’re all very generous with our time and advice and guidance or direction; anything that we can do to help. That’s the biggest takeaway that I took away from it. It’s really amazing to belong to and be part of.

What inspired your Master Colourist collection?

I storyboard a lot, so the first source of inspiration was [Dutch fashion designer] Iris van Herpen’s water dress. All of her stuff is amazing right now. She’s really revolutionizing the industry with her approach to fashion. So I wanted all five models to looks like they were coming out of splashing water. Then I thought, ‘Could I take it further?’ I was on YouTube watching George Michael’s Too Funky video, and there’s the one corset that Thierry Mugler makes with the motorcycle handles coming out of it, and [the model] had this beautiful red ombre hair, which at the time was very avant-garde. So I thought it would be fun to pay homage to the fun, camp and culture of ’90s fashion, when supermodels were huge.  Fashion was so exciting! I kind of threw all of that in a blender.

My friend, Norm Wright who I work with at Taz and is amazing, said ‘Why don’t we get clear acrylic and then heat it up so that we can mould it on the model forms? And then stretch it out to make it look like the water dress and then we’ll do acrylic paint on it to give it that extra splash of colour.’ We experimented with that, fell in love with it and then went ahead and did it and it surpassed our expectations.

I had a lot of people reach out to me to ask how I photoshopped the outfits on the models. But actually, there’s very little photoshop done to the models because the corsets were pre-made that way. It was a labour of love at the end of the day. It was wearable pieces of art. I wanted to do something that no one else has seen yet.

How did you decide on the hair colour that you wanted to showcase?

For Master Colourist, there are the sub-categories of blonde, brunette, red, pure pigment and commercial. At the same time, there was some trend prediction thrown in. X-Presion Creativos from Spain are amazing and revolutionizing how we see hair colour. They have these amazing colour stencils, and it’s a huge trend predictor into where hair colour will go in the next 12 to 18 months. I think you’re going to see a lot more of that walking in the streets. Norm was instrumental in this as well. He lent me his stencils and I fell in love with the results. Pixilation in hair colour is such a cool technique and it’s so much fun to do.

Tell us about your team and what it was like working together on your shoot.

It was such a joy! The five models I had were absolutely fantastic to work with. My makeup artist is one of my best friends. We’ve been friends for years, and [photographer] Natasha Gerschon is phenomenal to work with. The day of, on set, went so smoothly.

What about your team at Taz? Your colleagues, Norm Wright and Frank Cini also won Contessa awards.

Collaboration is a huge key to your success. If you’re in a salon that doesn’t support you or isn’t conducive to your competitive effort, or if you don’t have a team that supports and roots for you, it makes it that much more difficult. It can be quite a challenge, and you feel alone. To have like-minded people around you when you do creative endeavours like this is pivotal to your success.

Where do you keep your trophy?

Norm, Frank and I have our awards on the shelf in the salon. We’ve been getting a really great response from clients and everybody coming in.

What advice do you have for new hairstylists and others that may look up to you?

Staying humble and staying green is really important. Ego is something that really turns me off. It’s kind of ironic. I received the title of Master Colourist of the Year, but I will always consider myself a student of hair colour. You’re always going to learn. Stay open to learning and growth. The minute that you feel that you have hit a point where there’s no more left to learn, you have to turn around and go back to the beginning and relearn it all again. I guarantee there will be something you’ll learn or have forgotten. Or you need to step aside and let someone else take hold of the reins. You have to want it. It has to be genuine and authentic; loving what you do will give you the world in return.