Contessa 2020: Q&A with Saskatchewan/Manitoba Hairstylist of the Year, Jason Lachance 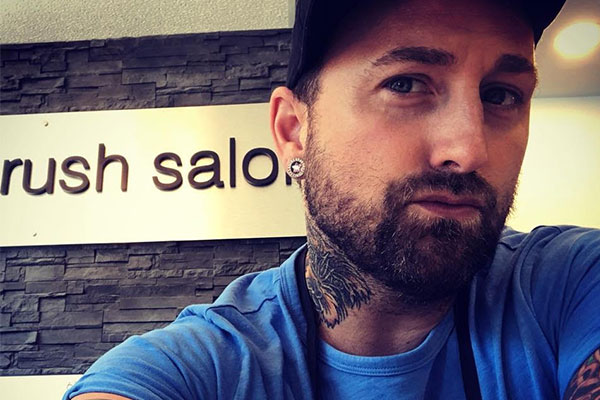 Can you talk a bit about the inspiration behind your collection? Where did that idea spark from?

The idea for the newspaper actually came from Jaryd Price who made a lot of the outfits—he did it for an art gallery exhibit that he was attending, and he wore one of the dresses. Tiffany Rice who did the makeup also assisted with the dresses and I just asked them to build a collection, make them all look a little bit different so I could match the hair to it.

There’s a big step between formulating your ideas through sketches and then bringing it to life, what was that process like?

I’m more of a creative person as opposed to a story board person. I’ve always been that way. I create something and that look inspires something else and I’m like, “Ok, so now I want to do this to build a story, as opposed to being that person where everything has to be exactly as I planned it. I believe that a lot of creativity and art is created by accident.”

Can you please talk more in detail about your technical process for each look?

I wanted it to look current and creative, but at the same time, bring that renaissance feel to the outfit and the whole look. When I look at something, it’s more of an art piece, as opposed to the hair. I pictured more of a page boy haircut and I made the hair piece first and then I grabbed four colour tones and I hand painted it all with a paint brush. I layered colours to it as if I was doing a painting. That took me five hours off and on.

I wanted to do something that was a little more textured for the future. Almost something I would see in a sci fi movie. That’s why I put that really deep wave at that top with the blackened roots. I didn’t want to go too much into colour besides the blonde that I used because I toned that out to bring it some aspect of a point of interest.

When looking back, is there anything you wish you did differently or learned for the future?

I always have regrets and doubts. I am my biggest critic, and a month before I had stopped looking at my pictures. As an artist, you always second guess yourself, and it’s not a bad thing, it just means you’re a creative person because you look at your work and think, ‘I could’ve made different looks out of that, but I just happened to choose and that’s what I submitted.

What was going through your mind when you were selected for the Contessa award? How did you feel?

When they said my name, I thought I had too many glasses of wine. Tiffany dragged me up and I was like, “I won?!” She dragged me up there and I didn’t even know what to say. It was so intense. To hear my name called felt amazing. My thoughts were going a mile a minute and I just spoke from the heart.”

Who do you consider to be the biggest mentor in your career, and why?

“I worked for a company called Label M for many years as an educator and two of my main people who inspired me was Efi Davies, who works for Label M. And Anthony Edge who was my mentor and leader in the team.”

“We like hands on education. We just had a class with the amazing Michelle Finalyson, she’s one of my main inspirations. She came into the salon and I showed her my collection and she said, ‘Oh, it’s amazing! You’ve got a good chance this year, I feel it.’ As soon as I won, she messaged me ‘I knew you’d win, congratulations.'”

What’s next for you? What else are you hoping to accomplish?

“I’ve been a salon owner of 16 years; I do hair every day behind the chair and I start photography school on January 6. It’s like another creative outlet and creative control. I just want to be able to inspire the people in my salon and shoot for them affordably. Now that I’ll be in school, I’ll probably be doing a lot of shoots just to get my experience. I already have my idea for hair, I’m going to start working on it January. It’s going to reflect somewhat of my last collection, but totally different.”