When it comes to hairstyling, salon owner and brand educator Timothy Kuo enjoys showcasing his versatility. For his Contessa 28 finalist collection for British Columbia Hairstylist of the Year, Kuo incorporated sharp lines withtextured styles and bold colours for looks that highlighted his creative style. 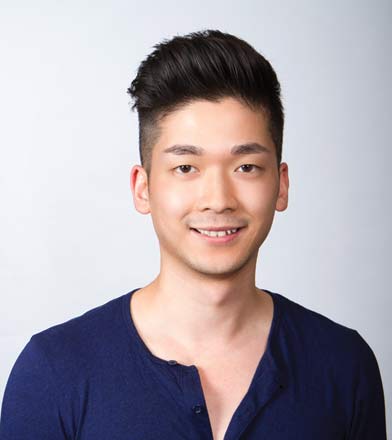 “Sharp lines and geometry have always intrigued me,” says Kuo. “[They can] look really clean and gives people the ability to see the technical aspects.”

With the help of his wife Loretta Tom, who created the colour for this collection, Kuo says they wanted to include stronger, vivid colours that would not only complement the hairstyles, but also capture attention. “For the colour, Loretta was inspired by the theme of superheroes,” he recalls. “But we chose shades that would really show on clean lines.”

After entering the Contessas for several years and collaborating on collections together, Kuo says working with Tom is always special. “I feel like she really understands my style,” he says. “I think it’s really important to be able to find someone you’re comfortable working with and someone who can complement what you’re trying to do.” 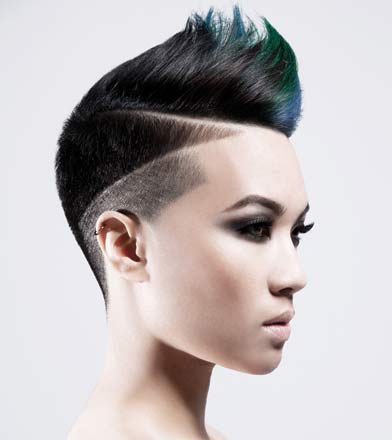 Kuo is no stranger to competitions. As a past Contessa winner, he has also won Revlon Professional’s Style Masters competition twice. However, according to Kuo, it’s not all about winning. “With photo shoots, it allows us as artists to be very expressive and to think outside the box,” he says. “A lot of times when you see certain things or learn certain techniques, they might be a little more editorial and less commercial. It’s really nice for us to have that creative outlet.”

“The Contessas is the biggest [awards show] in Canada, so it’s always the one I want to enter,” he adds. “For me, I enjoy going to the show and networking—meeting different people who I can learn from and get inspired by.”

Kuo, who is an educator for Revlon Professional, says being a brand educator has given him confidence—whether it’s a hair show or competition. “The opportunities they have presented me with have allowed me to explore different avenues in the industry,” he says. “Having one of the leading brands in the industry standing behind you gives you the confidence to be able to go out there.”