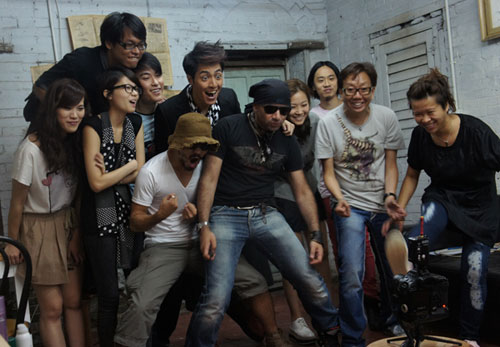 Whether competing for Canadian Salon Team of the Year or an individual award, the Contessas have a way of bringing salon teams together. We caught up with three Contessa-winning salons to find out how competing has made them stronger and what can be learned from the competition process. (Read part one and part two of this series).

Silas and Dorothy Tsang are no strangers to the Contessa Awards. Having won multiple Contessas for Canadian Salon Team, Canadian Colourist and Ontario Hairstylist, the husband-and-wife hairstyling duo work collaboratively on their collections with their staff from their Ottawa-based salon, Blushes.

“I always say that all the collections aren’t just one person’s work; it’s team building,” says Silas Tsang, creative director at Blushes. “You get to know each other, and the team has to know how to work together. For any collection I do, I always want my hairdressers, or assistants wanting to be hairdressers, to do more to it. Sometimes I will put someone in who isn’t as strong so they can learn from the stronger ones. I really push them to do their best.”

“When you win an award, a lot of times people look at how good you are, but it’s not just you; it’s the whole team,” says Dorothy Tsang, colour director at Blushes. “We learn so much from each other and have good support. Whether someone who is good at braiding, cutting or colour, it all comes together. We have to trust each other.”

“Consumers are searching for award-winning hairdressers and salons. They feel more comfortable when you’re winning awards and have that experience in your field” ~ Silas Tsang, creative director at Blushes, Ottawa

While the Contessas have helped Blushes grow its team and business, the Tsangs have helped build the careers of their salon’s junior hairstylists. Melissa Blom, who joined Blushes in 2001 and has assisted in many of the salon’s collections, won a Contessa award for New Hairstylist of the Year in 2013.

“Whenever you have the opportunity to work on one of these photo shoots, you learn from everybody—different techniques and different ways of looking at things,” says Blom. “It allows you to really push yourself and go outside of your comfort zone, and you know your team will always be there to help you.”