Could Rebranding be Good For Your Salon? 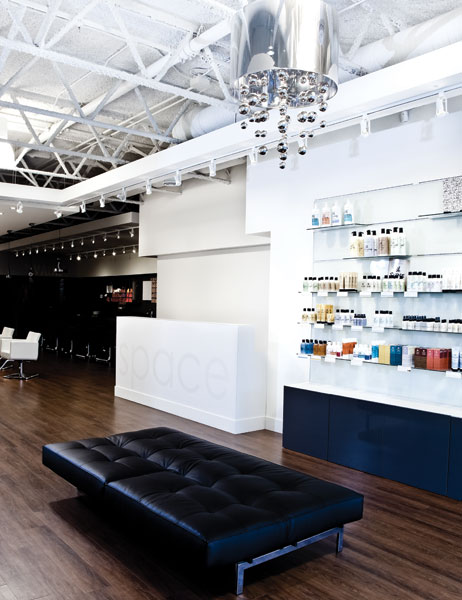 If you’re looking to polish up your business image or reposition your salon in the market, rebranding might be a strategy worth investigating.

Vancouver salon owner Michael Levine recently rebranded his salons, bringing them together under one umbrella as the Michael Levine Salon Group. Here’s how he did it.

Know when to rebrand.

What started in 1998 as a four-chair, 600-sq.ft single salon on the third-floor of a building became, by 2011, three different, distinct salons in the South Granville neighbourhood: Statik, Tao and Caramel. After Tao closed in April 2011, Levine and his wife opened a fourth location, Space, which has a cool, airy 2,600-sq.ft. ground-level location with 17 staff. It also boasted a new location in the West Broadway neighbourhood, away from all the others in South Granville.

“I had created a lot of brand equity over the years with my own name and the other locations, and I decided that at this point it was time to tie everything together,” says Levine. “It’s hard to compete with other salons if you don’t have that continuity, so that’s how I started examining a parent brand that would still allow me to create salons with completely different energies, but still have them tied together with the unit of the one parent brand.”

“Branded” doesn’t have to mean “the same.”

Before the rebranding, Levine never let out that the Granville salons were owned by the same company. It created a bit of healthy competition between salons when clients remained loyal to Caramel but not Tao; liked the atmosphere at Statik but not at Caramel. “We didn’t have Michael Levine Salon on any of our signage. As soon as we put it on the salons at Caramel and Space, all of a sudden Caramel clients would come into Space and say, ‘Oh, I’m a Caramel client. I just want to see your space,’” says Levine.

Casting the parent company name over the salons meant immediate brand recognition and also developed credibility. “I only care about the customer’s opinion, so when I opened Space as Space: A Michael Levine Salon, adding my name to the title has customers thinking, ‘I have no idea who Michael Levine is, but it must mean something if it’s branded like this,” says Levine.

At the same time, at the Granville locations, Levine also brightened each salon’s individual image. Statik was always cool and modern; Caramel very warm, inviting and sumptuous. “I said, ‘All you guys get all new signage and cards. I renovated the salons, I put in new chairs, paint and got those guys excited again,” explained Levine. “Eventually they really felt like living up to that brand name, instead of something being imposed on them, and I always want my employees to feel ownership, to nurture a culture like that.”

Rely on business systems, not people. It’s very likely that your most senior stylists will leave and move on, so you don’t want your business to be crippled by this.

Build staff by what they love to do and are good at—don’t fight with your staff to make them good at something they’re not strong in; know when to go with the flow. Respect your employees.

The phrase “the customer is always right” means pick your battles. If a client is wrong and unhappy, it’s your business rep at stake if he or she walks away unhappy.