When putting together her men’s collection, which is titled Manimal, Mikka Bitangcol opted for a primal, animalistic look that focused more on the hairstyling aspect instead of the barbering and grooming techniques that have begun to dominate the men’s category. Mikka Bitangcol started at Ricci Hair Co. in Edmonton after completing hairstyling school and credits the city’s budding downtown scene with her inspiration for her men’s collections. 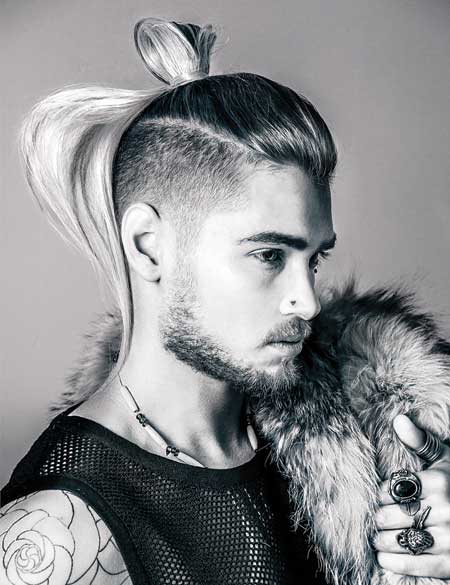 For Bitangcol, creating this collection meant bringing out her inner animal and experimenting with prints and textures, both in styling and hair. “I even tried colouring fishnet stockings to get a snakeskin print on the side of [the model’s] head; that shot didn’t work, but we ended up shooting the other side of the bun instead.” Refocusing her vision, Bitangcol turned to a favourite men’s style, the man bun, which evolved from a sleeker ponytail into something a bit undone while incorporating leather elements. “Instead of a really polished pretty boy, we wanted something a bit roughed up for the overall look.”

Leader of the pack

Coordinating a men’s collection can appear more laborious, but to execute her full vision, Bitangcol pulled additional inspiration from men’s fashion magazines and street style. “There was a lot of menswear that was showing animal prints, fur, raw patterns and different textures,” which allowed Bitangcol to bring a high-fashion feel to her shoot. 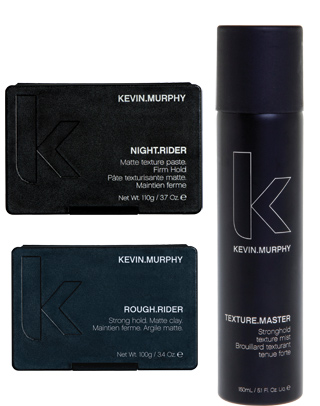 Bringing the look away from sleek and polished, this helped create more textured styles.

This allowed Bitangcol to create a grittier, more matte finish by roughing up the end of the man bun.

To set the man bun in place, Bitangcol sprayed Texture.Master, which helped create volume while incorporating an animalistic, tail-like feel.