People often say you can’t pick your family; however, you can choose to work with them. And that’s exactly what Ann-Marie and Pete Goupil decided to do. Now, the brother-and-sister duo work at the same salon that’s co-owned by Ann-Marie. They share how they’ve managed to stay close over the years (without getting on each other’s nerves).

As one of four siblings in their family, Ann-Marie decided to get into the hair industry after studying to be a nurse. “Our mom was sick while I was getting into nursing, and it became too emotional for me,” she says. “I knew I wanted to make people feel good, and that’s how I ended up getting into hairdressing.”

Pete decided to follow in his sister’s footsteps after always challenging her to do his hair. “I was telling her what I wanted done with my hair and it always ended up being extremely complicated,” he says. “This made me realize that maybe I like hairdressing more than I thought.”

Although they’re used to working in the same salon, the pair has found it important to set boundaries. “We don’t really talk to each other at work because she’s doing her thing and I’m doing mine,” says Pete.

“We’ve always worked across from each other or near each other,” adds Ann-Marie. “I talk a lot and I think Pete enjoys it because he doesn’t have to talk so much to his clients because I entertain everyone.” 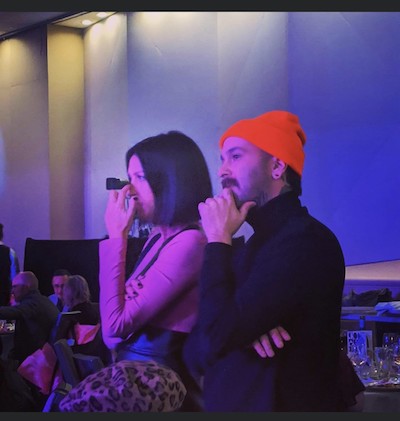 While the Goupils admit that they don’t usually compete with each other, it wasn’t always that way. “We were competitive at the beginning [of our careers] because Pete was a pain in the butt! He thought he knew everything better than me,” says Ann-Marie. “However, he stopped doing women’s hair and I stopped doing men’s hair and after that the competition was over.”

Now, instead of competing against each other, they compete alongside one another and enjoy entering competitions like the Contessa Awards. “We compete for the salon. So even if we’re in the same category, we help each other out and do things together,” says Ann-Marie. “It’s a team effort, so we don’t compete against each other, we compete together.”

“I would consider myself the creative and artistic director when we compete or do a shoot,” adds Pete. “I usually direct and come up with a concept. Ann-Marie decides on the colour based on the vision, and then I do the cutting and styling.” 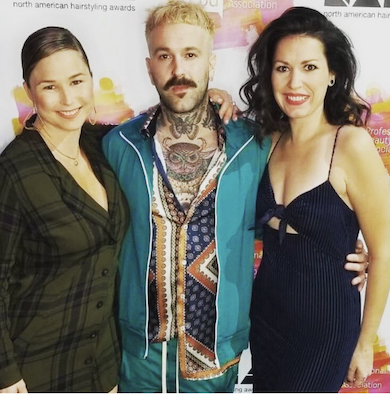 “Competitions help keep a place in the industry. It helps make sure that other stylists or brands know your name or your salon, and what you can do.” — Ann-Marie Goupil

For some people, working alongside your brother on a daily basis can naturally create some sibling rivalry. However for Felice and Tony, it’s the opposite. From opening Valvano Salon in 2001 to competing in the Contessa Awards, learn how these two brothers thrive off each other to mentor and motivate their growing team. 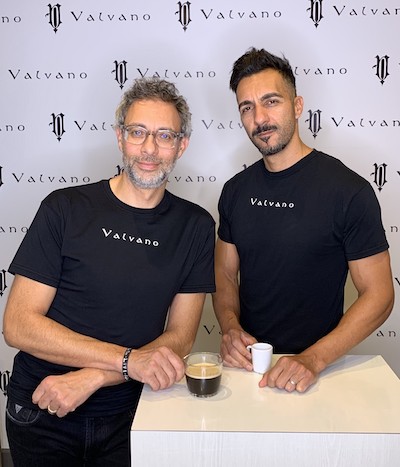 Felice got started in the beauty industry after college and was inspired by hairstylists who worked on stage and TV. In fact, it was his fascination with the industry that motivated Tony to follow in his older brother’s footsteps.

When Felice worked as a brand educator, Tony began working alongside his brother as a photographer to take photos and videos backstage. This experience led him to pursue education and explore hairdressing as a full-time career.

“We always thought about doing something together,” says Tony. “I always had a bit of an entrepreneurial mindset, so I wanted us to have our own business. It’s been a cool ride ever since.”

Growing up with an Italian background, the Valvanos consider family to be their number one priority and aren’t competitive with each other (at least not when it comes to their work). Instead, Felice and Tony will often compliment and root for each other, whether they’re working in the salon, backstage or during competitions.

The Valvanos, who were finalists for Canadian Salon Team at the 2021 Contessas, have always seen the benefits of competing. “Competition has always been a big push for me,” says Felice. “In the beginning, the interest was personal, because I wanted to try to achieve different things and it’s just a matter of pushing myself to be better all the time. But as the years passed, we compete to push our team and help guide them.”

“Competing is a great marketing tool,” adds Tony. “It’s been a great addition to our salon and I love that we’re involved in this because we also get to use the images for our product line.”

As a way of putting their unique mark on the industry, in 2005 the brothers launched their own professional haircare line, which has grown from six to 23 products. “Our goal is to have our product line distributed in salons all across Canada,” says Tony. “We feel very passionate about the products that we develop and we want to have a community of hairdressers feel connected to our brand.” 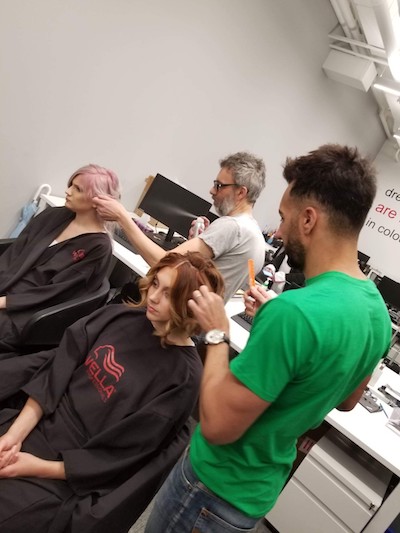 While Felice and Tony already have so much on the go, it’s not all business for these two. As a way of staying connected with their clients, they started Coffee Time in 2019, a mini-series on Instagram in which they share daily stories and keep their clients up-to-date about their salon and products. It’s been so well received that they’ve also been able to reach viewers outside of their clientele! “It’s raw, organic and from the heart,” says Felice, who adds that the inspiration for the series came from Seinfeld—the idea of telling stories about normal, everyday life. “We make people laugh, either intentionally or unintentionally.”

“It’s very natural and organic. We don’t rehearse at all. We just turn the camera on and away we go,” adds Tony. “When you’re a hairdresser, clients come to you because of who you are. Skill set and technical abilities are also important, but it’s how you treat your clients and the relationship you develop with them that’s more important. I think that translates in our videos as well.”