As a multi-award-winning power couple, Silas and Dorothy Tsang have been together for 35 years. After emigrating to Canada from Hong Kong, they worked together at a few salons before deciding to open their own, Blushes, which they’ve been running for more than 20 years. The couple shares their secret to successfully working together and competing alongside (and against) each other. 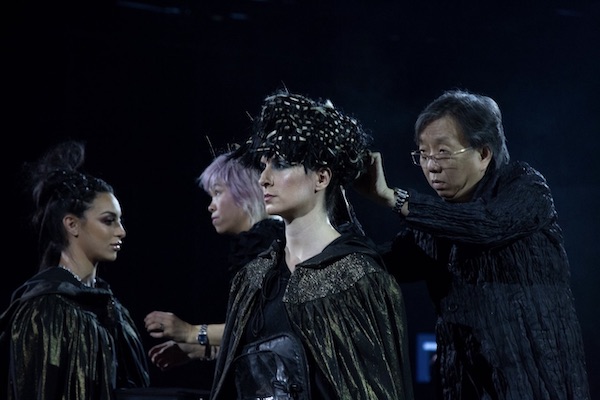 Those who may think high school sweethearts don’t last, obviously haven’t met the Tsangs. The couple has been together since 1987 and first met while attending high school in Hong Kong. Now, in addition to running a salon and competing together, the couple has two children who are both scientists and are working towards getting their PhDs but will often help out with their parents’ photo shoots. “They are both really creative,” says Dorothy. “When we shoot overseas, they often come with us and it’s really helpful having them there.”

While the Tsangs maintain a busy schedule in the salon, they’ve found success in motivating each other. They always make the time to express their creativity with photo shoots and compete in award competitions, including the Contessas. While they often work on their entries together, they admit that they may disagree from time to time, but it all comes down to having good communication. “We have different opinions, but we always come to a solution,” says Silas.

“Silas is a perfectionist, so sometimes that can cause a lot of arguments but in the end, you have to let go,” says Dorothy. “If we have a disagreement, we leave it at the salon and don’t bring it home.”

“Silas does the haircutting and I do the colour, so I let him take the lead as I really enjoy supporting,” she adds. “Everybody knows their own strengths. You also have to trust your partner. Communication with your partner, trust and respect are very important.”

Did you know? Although they’ve both won multiple awards and been in the spotlight for many years, both Silas and Dorothy are very shy and quiet people. When it comes to public speaking and presenting, it doesn’t come easy to the couple. 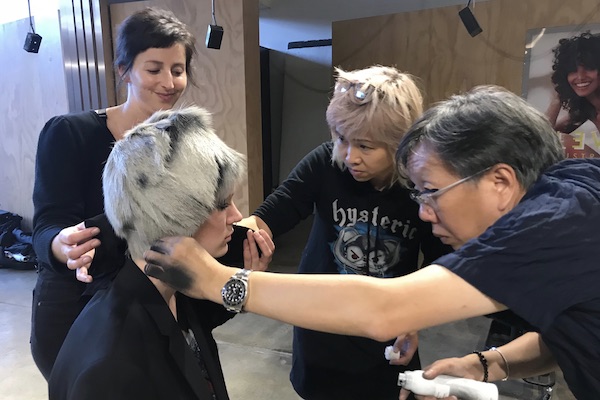 As for their personalities, Silas has learned to be more even-tempered, thanks to his wife. “Dorothy is very easy going and calm,” he says. “She really cares about people, so I’ve learned that from her.”

As for Dorothy she’s learned a lot from her husband over the years, especially when it comes to elevating the craft of hair. “Silas inspired and motivated me to get into the hair industry,” she says. “I like to learn from observation and by asking questions, so I’ve learned the technical part of hair from him. He’s inspired me a lot. If I don’t understand something, I always ask him.”

“Working with your partner is nice because if there’s an issue or a problem, you have someone to support you. You can pick each other up and help each other out.” – Silas Tsang

Since opening their first salon in 1998, Michael Levine and Liz Abreu have been at it ever since. While they remain busy at work, the couple considers their family and children to be their number one priority. Find out how they’ve managed to find a balance with it all. 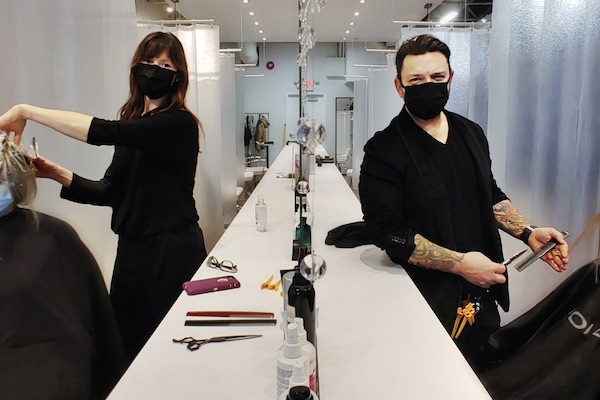 Levine and Abreu are the ultimate examples of the idea that opposites do attract. The couple first met while working together as junior stylists. “Liz has always been a hard worker, but I was pretty lazy back then,” says Levine. “I became a hairdresser for what I perceived to be the career: parties, music and having a laugh with girls telling me I was amazing. I went to hairdressing school and quickly learned that there was a lot of work to do before you lived that type of life.”

After working together over the years, Levine and Abreu quickly learned that they have very different strengths. “I was a bit of that old-school cliche; a leather-pants-wearing, wannabe-rock-star stylist. Liz wouldn’t tolerate my nonsense, so I learned humility and how to be nice,” says Levine. “I like to be social with Liz when she works, where she likes to focus on her client more. I’ve always focused more on creating the technical systems that our apprentices and students follow, while Liz has always been more about soft skills, retail, upselling services, client care and relationships.”

One of their favourite things about working together is being able to travel together for hair shows. Flying, staying in hotels, going to dinners and experiencing the excitement of doing a show together is what they consider to be their version of going on dates.

Throughout their careers, the couple has owned a total of 11 hair salons, which to-date includes Space and Caramel—each with a different brand and concept. Now, Levine and Abreu are preparing to open a new salon.

While creating a work-life balance hasn’t been easy for the couple, they’ve managed it together as a team. “We’re always involved in something—whether it’s at the salon or at home,” says Levine. “Our relationship was born in the salon environment, so our work and personal lives are intertwined.”

In addition to being salon owners, Levine works as a brand educator with Pulp Riot. So, it’s not often that you’ll find the couple working together in the same salon. “We’re not in the same location together very often so when we are, our team seems to enjoy seeing us together,” says Abreu. “Michael is sometimes pretty loud in the salon, which is not my energy. But we both bring different things to our team and I think we balance each other really well.”

“Creatively, we’re often on different pages,” she adds. “Our inspiration comes from wanting the best for each other and to make each other happy.”

“It’s important that partners know where their strengths are and the areas they enjoy the most. We’re probably each other’s biggest critics and also biggest cheerleaders.” — Michael Levine