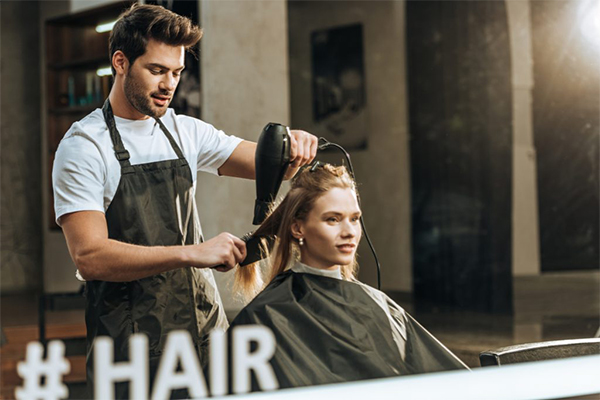 The federal government’s COVID-19 Economic Response Plan continues to grow with the addition of the Canada Emergency Response Benefit—a taxable benefit of $2000 per month (for up to four months) targeted to help hairstylists and others who may have been forced to stop working due to COVID-19 or are self-employed and not eligible for employment insurance.

To help small businesses (including salons) push through this epidemic, the government announced on Friday that they will now be offering up to a 75 per cent wage subsidy—quite a large jump from their original 10 per cent offering which many business owners felt was insufficient. And today, Prime Minister Trudeau announced that any Canadian businesses, both small and large, that have suffered from a revenue decrease of 30 per cent or more as a result of the pandemic would qualify for this benefit.

“It is clear we have to do more—much more,” said Trudeau. “This [wage subsidy increase] means that people will continue to be paid even though their employer has had to slow down or stop its operations because of COVID-19.”

The new wage subsidy will be backdated to March 15 and will be capped at $847 per week for up to three months. This benefit will be accessible through a secure web portal starting in early April and can also be applied to via telephone.

During the announcement, Trudeau also asked for all businesses that qualify for the subsidy to rehire any workers they’ve laid off in the last two weeks, and that all the money goes directly to the affected employees.

Another new addition in this federal plan is the Canada Emergency Business Account, which will soon offer a guaranteed $40,000 to struggling businesses in cooperation with Export Development Canada (EDC). The loan would remain interest-free for the first year and $10,000 will be forgivable.

The government has also extended their Work-Sharing Program from 38 weeks to 76 weeks for employees of smaller businesses that have been forced to reduce their working hours for reasons beyond their control.

The EDC is also in the process of finalizing a New Loan Guarantee and a Co-Lending Program catered to small and medium-sized businesses who need assistance with operating credit and cash flow. Businesses are recommended to contact their financial institutions to confirm if they’re eligible.