Four Cities, One Project: On Location with KMS and Goldwell

KMS and Goldwell have partnered together to create a special project, which showcases the diversity and style in the neighbourhoods of four trendy cities: London, U.K., Toronto, Melbourne and San Francisco. 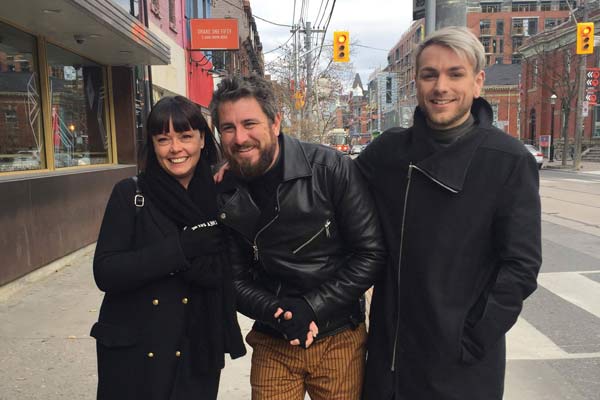 This project, aiming to provide inspiration on a global scale, will feature video footage of KMS international artist Simon Miller and Goldwell master colourist Connor Lange, while they explore iconic areas in each of the cities—focusing on street style as they speak to the locals.

“This year, KMS is really focusing on hot spots from all over the world,” says Miller. “We’ve split up KMS education and inspiration into two directions: Street style—the ‘everyday cool’ of what you see on the street and high style, which is fashion, runway and more editorial. “We chose Toronto as a hot spot because of its multicultural diversity.”

Lange, a Toronto resident, is the project’s tour guide around the city—taking the crew to the Danforth, his neighbourhood on the east end of Toronto. “Toronto has so much as far as being artistic and diverse,” says Lange. “While we’re here, we’ll be visiting Kensington Market, Graffiti Alley, the Danforth, Riverdale Park, Queen West and the Lakeshore.”

“We’re celebrating the fact that KMS is a global brand and that instead of just getting inspiration from a lead artistic director or singular point of inspiration, we get our inspiration from all over,” says Miller. “The cities that we pick each year are always up-and-coming, cool and different.” 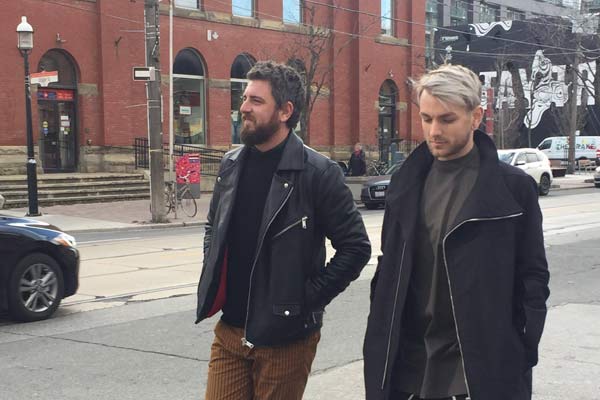 Claire Wilson, senior manager for global education for KMS also accompanies Miller and Lange on this project. “It’s about bringing global inspiration to the door of every salon worldwide,” she says.

Together, Wilson, Miller and Lange are aiming to provide insight on certain cities that people may have not had a chance to visit or explore. “It’s a great way to think beyond trends and broadens the idea of what’s in trend right now since its different all over the world,” says Miller. “One of the unique things that jumps out about Toronto is that an almost grey filter happens with the clouds and it makes the art pop so much more. It’s not just sunny all the time here and that creates a dichotomy with all the colours on the street.”

Wilson says that in order to truly understand the industry, it is important to understand it in different countries around the world. “The cities we visit all have similarities. We’re not just looking at the city as a whole, we’re looking at specific areas of the city where the ‘cool’ people hang,” she says. “We visit four different cities a year, which need to be relevant to any products we’re launching and they have to demonstrate style and trends.”

Miller adds, “Every year the cool bars, neighbourhoods and scene changes overall. It’s all about being ahead of it and talking about it before it’s labelled as cool, which is a big goal of ours.”