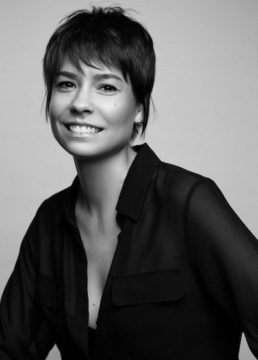 Whether it’s reading through magazines, listening to house music or scrolling online, Vancouver-based hairstylist Tracy Newton draws inspiration and creativity from many things around her. After winning the Canadian Hairstylist of the Year award in 2019, Newton decided to enter the new Freestyle category last year and placed as a finalist. While she’s entered the Contessas for the past four years, she says she continues to learn something new every time she competes. “I’ve had to push myself out of my comfort zone and get into that ‘Yes, I can’ energy and mindset,” she says. “For me, those experiences show me resilience.”

Worth a Thousand Words

Since conducting photo shoots was nearly impossible last year due to the pandemic, entrants had the opportunity to re-enter past work. However, Newton chose to forgo that option and enter the Freestyle category instead, which requires a one-photo submission. “With all the wildness that 2020 brought, I was having a hard time creating a new collection and for some reason re- entering old images wasn’t speaking to me,” she says. “Because creating a single image is far less difficult, it allowed me to be more spontaneous.” “Having a strong model, cut and shape with beautiful makeup is important,” she adds. “This image was one of the very last ones [we shot] when we were like, ‘Okay, now let’s just play; let’s take everything down—the wardrobe, the makeup, let’s even mess up the perfectly styled hair.’ Peter Gray, who’s a mentor of mine, always shared with me the idea of taking everything down during a shoot and just ‘playing,’ but it wasn’t until I experienced it that it clicked!” According to Newton, the image signifies the essence of raw beauty and the contrast of edginess and softness. “I wanted to bring a punk edge, but I didn’t want the look to be too ‘punk’,” she says. “With the soft lighting, beautiful natural makeup and minimal wardrobe, it allows you to create your own story.”

“A mentor of mine always shared with me the idea of taking everything down during a shoot and just ‘playing,’ but it wasn’t until I experienced it that it clicked!”

Although Newton is fortunate enough to be back at work in the salon, she recognizes that some stylists across the country aren’t as lucky. “During the lockdown, I took advantage of the opportunity to build my brand by doing education on Instagram Live, making tutorials and having time to practice, reflect and evolve,” she says. “It’s resulted in collaboration and creating virtual content, and the launch of my YouTube channel: Tracy Newton Hair.” Despite the last year being filled with uncertainties, Newton says she oddly felt more connected with hairstylists around the world than ever before. “This year also built up my resilience and my ability to be flexible, but it’s not like we had a choice!” 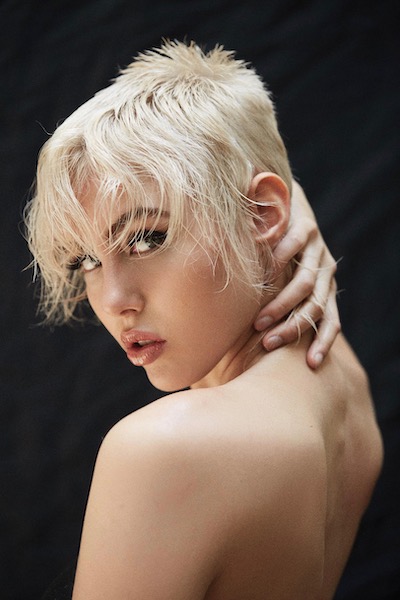