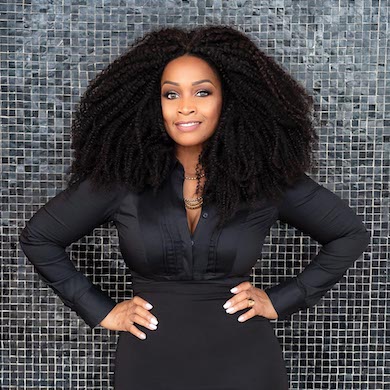 Although she’s been in the salon industry for more than 20 years, being a hairstylist was never part of Janet Jackson’s initial plan. The owner of JouJou Hair Studio in Toronto, Jackson found her way into the industry as a college student, juggling a variety of jobs. Among them: Assisting at a local hair salon. It was during her time here that she discovered the beauty industry was something she was interested in.

“When I first started out, there wasn’t much representation in terms of being a Black, female, Canadian hairstylist,” says Jackson. “I became extremely passionate about my career, but also equally passionate about figuring out what was missing from the industry and what I could offer to it.”

While some stylists and beauty pros may enter competitions for the bragging rights, feeling of accomplishment or simply to add to their resume—which Jackson admits she thinks about, too—she enters competitions, such as the Contessa Awards, for an entirely different reason. “I like to show other Black female hairstylists that there is space for us in these events,” she says. “I chose to enter the Multicultural Hairstylist category because it’s meant for hairstylists who can work with all textures. I am very much that hairstylist who works with all hair types and I’m really proud of that.” 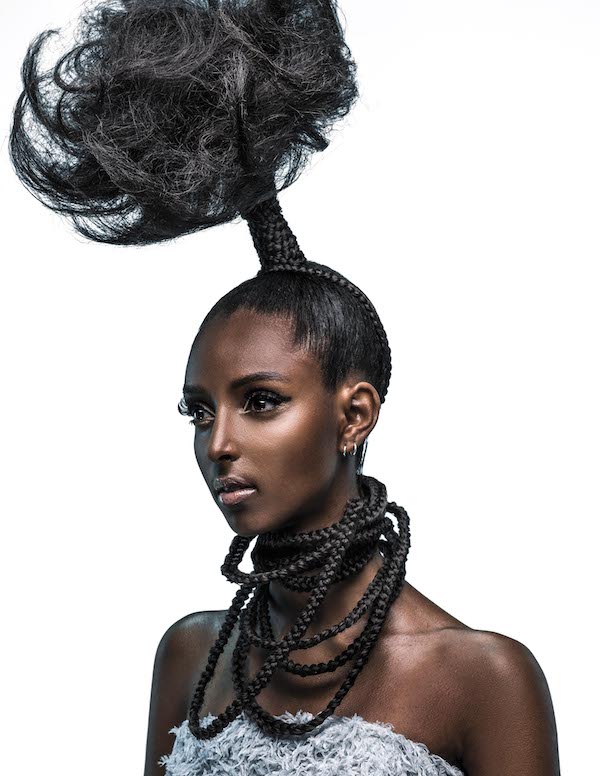 For her most recent Contessa collection, Jackson was inspired to showcase braids in a different context. “We see braids so often; they’re always marketed the same way on the same type of model with the same hair type,” she says. “I wanted to show this look on different models. When we see braids, we don’t usually see them incorporated with another technique.”

Although Jackson chose to focus on braids in this collection, she says she most enjoys working with textured hair. “I love texture because there’s such a huge variety to work with, from loose waves to super tight curls to kinky hair or an afro,” she says. “It’s great to play with and you can manipulate it in so many ways. I’ve always loved the versatility of it and how magical it can be. You can create just about anything with texture.” 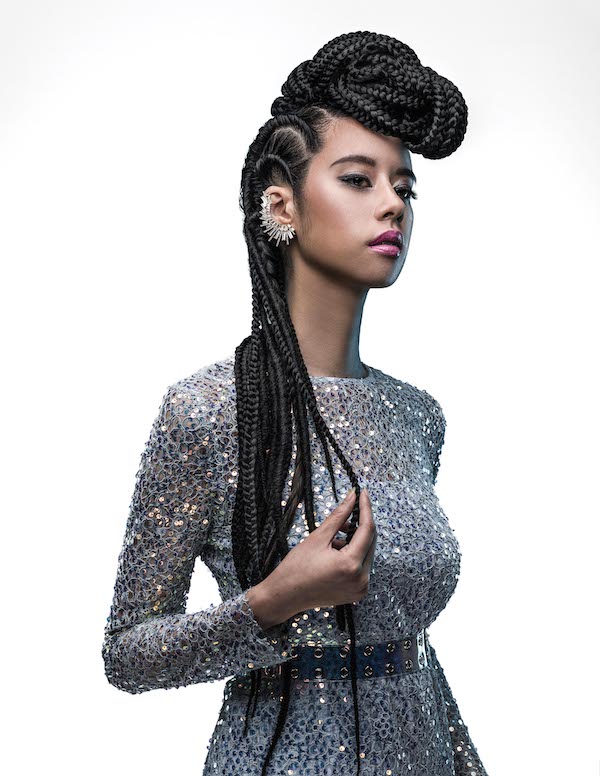 Starting from the Bottom

Though Jackson is now a renowned hairstylist known for her television work and celebrity clientele, she continues to be passionate about her craft and promoting diversity and inclusion within the industry.

“I was always struggling to be seen in the industry,” she says. “I am a Black female hairstylist, but I don’t only do Black hair and I was getting caught up in that category.”

The key to her ability to break through, Jackson says, was education, and she believes it’s what will help hairstylists become more well-rounded and able to see the change that the industry is in dire need of. “We need to be teaching new talent and giving them the tools needed to become professional stylists. They need to be equipped with the knowledge of how to work with all hair types,” she says. “Change and promoting inclusion starts with education. We need to acknowledge that this problem exists so we can begin to move forward.”