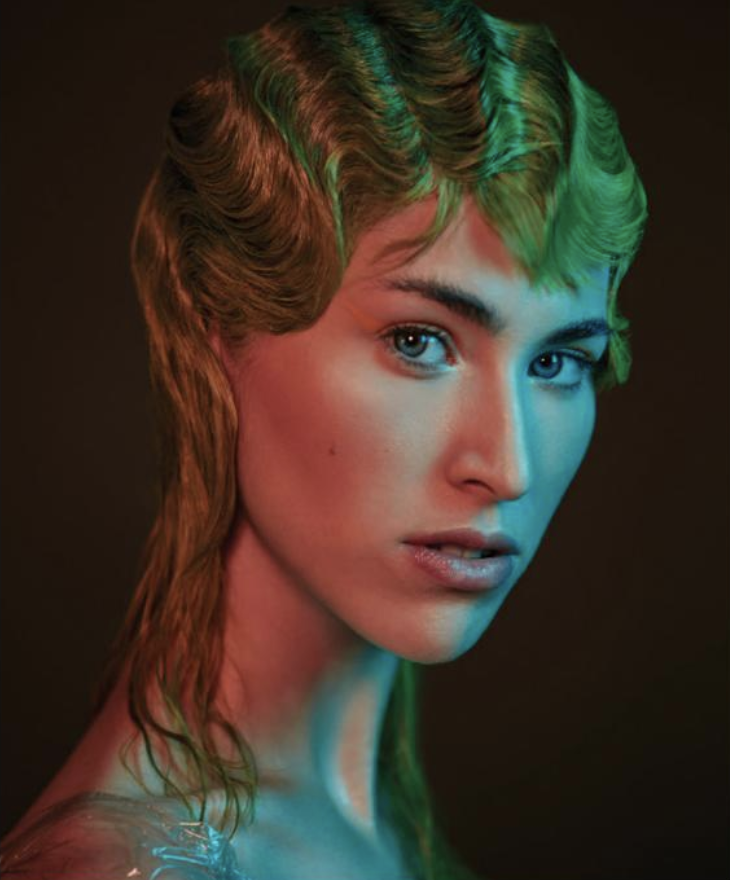 With nearly 20 years of experience, Patrick G. Nadeau is no stranger to the world of hairstyling. Nominated for the Elite Master Hairstylist category last year, he finally took the leap to enter the Contessa Awards for the very first time. “I’ve always wanted to enter but the biggest challenge for me is to find the time,” says Nadeau, who is a salon owner and usually travels six times a year for fashion week. “Now, I wish I would have entered the Contessas sooner in my career.”

For his collection, Nadeau explored the theme of DIY Youth Punk culture, which is unapologetic expression mixed with rock ‘n’ roll chic. “I was trying to make the models look like the main performers of an underground band,” he says. “I was the lead singer of an emergent band in the late ’90s and spent most of my days with musicians. That’s when I first realized that hair plays a key role in the making of an icon.”

Nadeau made the bold choice to include women and men in his collection, which can be difficult when trying to create cohesive looks. We’re seeing it more and more. We’re moving into a new world with more neutrality and less gender separation,” he says, adding that his Montreal-based salon (RDV par Patrick G. Nadeau) also embraces gender neutrality by offering genderless pricing. “Having the opportunity to include people with every hair type—some more feminine or masculine—is something that’s more current. It can be a bit of a challenge, but challenges are what make you grow when you create a collection.”

For all of the looks, Nadeau worked with wigs, which took more than two months to create. The key to making them look natural? Nadeau says preparation is everything. “The prep under the wig is as important as the actual wig. You see so many pictures of models wearing wigs and it looks like they have a television on their head. It’s really important to prep the hair so the wig sits naturally. That means placing a proper wig wrap underneath and making sure you can collapse every single hair so there’s no volume underneath.”

“Challenges are what make you grow when you create a collection.”

One of the standout styles features a model sporting a wet look and finger waves on chartreuse yellow hair, which Nadeau, who is an Essential Looks Trainer for Schwarzkopf Professional, created using Igora ColorWorx, mixing green and yellow shades. He also used tbh – true beautiful honest colour for a muted result and finished with G Force Gel to create the dewy look. “It was really important for me to create looks that were different from the shapes we see in the hair industry. Trying to push the envelope—to do something unexpected that stands out from the rest and is closer to fashion artistry,” he says. “There’s also a focus on texture and structure; every look is multidimensional.”

While things have slowly gotten back to normal for Nadeau, he says he’s continuing to work on his portfolio and shoot more projects. “With the COVID situation, there’s a way to find models that just want some cool hair,” he says. “With ring lights and your phone, you can create really good photos at almost no cost.”