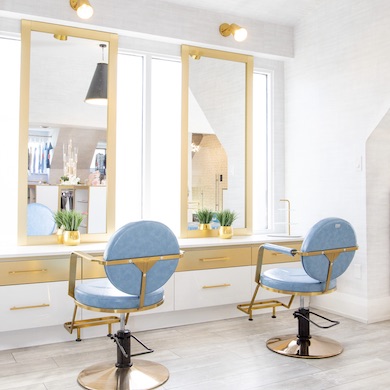 Getting the Royal Treatment Inside Toronto-Based Salon, LASHGOD

From offering lash services in her home to opening her first salon in Don Mills in 2019 to now expanding to Toronto’s Yorkville neighbourhood, LASHGOD owner Raquel DaSilva is the ultimate #girlboss.

The 25-year-old lash technician and entrepreneur founded her company in 2018, which has now grown to include HAIRGOD and NAILGOD, which has enabled her to offer a standout beauty experience to her clientele. “I just felt comfort in knowing that if I invest in my business, it’s always going to grow,” says DaSilva. “Since lashes and esthetics were my specialty, I needed a specialist for each department; it was important to me that I had that before I expanded.” 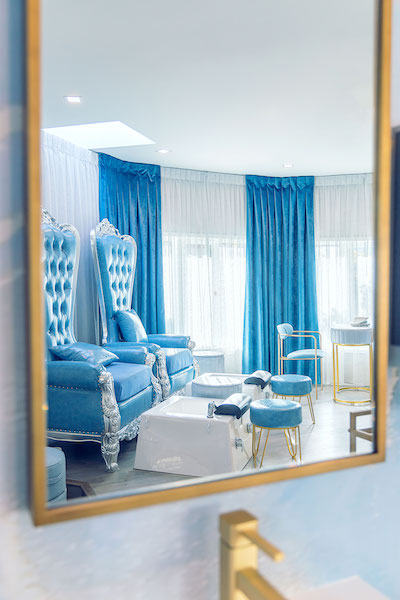 All In The Family

Whether she’s working with family (her cousin who’s previously worked in salons is her business partner for HAIRGOD) or people who she now considers to be family, DaSilva is all about putting people first. “When I’m asked about what the difference is between my business and every other business, it’s all about treating people well,” she says. “I always say that being  nice and kind, and making people feel welcome, never goes out of style.”

While DaSilva admits that her first location is very different from this one—her Don Mills space has a younger, pop-culture-inspired vibe with Supreme skateboards, ’90s imagery and neon colours—she says her salon’s aesthetic evolved with the growth of her business. “When I bought Don Mills, I was younger and super into pop culture. It’s pink and a different vibe, while here [in Yorkville], we play more of a soft jazz or elevator music. Don Mills is definitely the younger version of us and it reflects in our clientele,” she says. “We’re actually planning on making Don Mills a pink version of Yorkville; still very fairy tale and romantic, but we definitely need to mature it a little bit.” 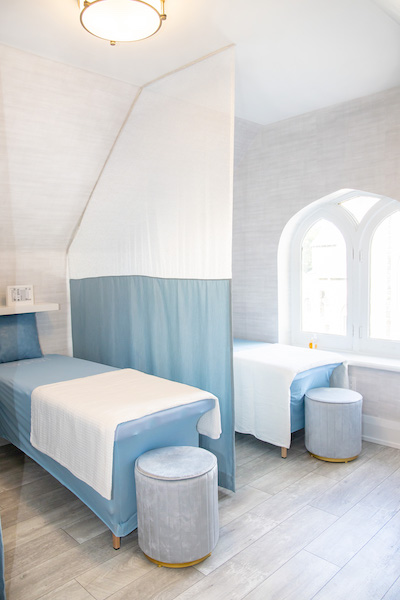 DaSilva says she’s a big journaler and enjoys writing down her hopes and dreams to bring them to fruition. Case in point: She has the same landlord at both of her Toronto locations, who introduced her to the Yorkville space that’s in a historic mansion once owned by prime minister Mackenzie King’s family. It was also a famous rock ‘n’ roll hangout for The Rolling Stones at one point.

“When I heard about the history, I knew I wanted to add to it; there’s no building or salon I’ve ever been to that’s anything like this,” says DaSilva, adding that she wanted to bring vintage glam to the space. “There’s nothing quite like that kind of Old Hollywood—the way you see in movies that people would be pampered and so well taken care. It’s like Gatsby; we wanted it to be romantic and a place where people are treated amazingly well, and where you feel like the star of the show. I feel like if the design aspect was different here it wouldn’t have been all that it is.”

For the design, DaSilva worked with Rosemarie Majetic of Majetic Signature Designs. While she knew the vibe she was going for, she also wanted to give the designer as much creative freedom as possible. “We wanted this to be more mature and more elegant, and she really took us to that next level,” says DaSilva. “This location took a very long time but working with Rosemarie was the easiest experience ever.” 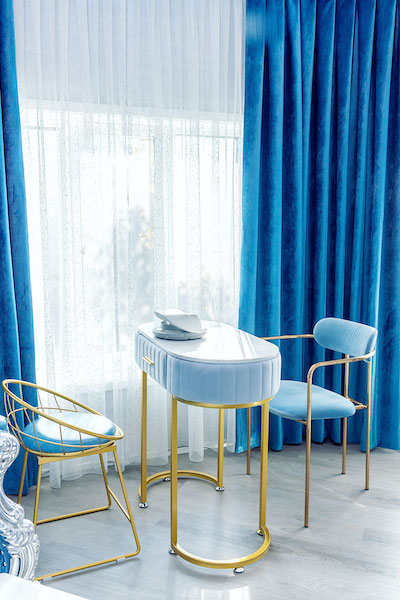 For the design, gold fixtures and accents were paired with blue to give the location a subtle masculine touch. “I wanted it to be romantic and Gatsby- esque, but I also wanted it to be blue because I want men from Bay Street to feel like they can come in,” she says. “I think the textured wallpaper just adds a lot of dimension to the space, so we’re going to continue to add artwork but we’re taking our time with it; we want it to all come together perfectly with the right art.”

As for her favourite area in the space, DaSilva says she loves the nail area. “It just makes you feel like a princess and that’s what I wanted,” she says. “I want every person that comes here to feel extraordinary.”

“Eventually, when we have the cafe up and running, I want people to know it’s a place they’re going to be treated really well and respectfully, and it’s a place where people can go to connect socially,” adds DaSilva. 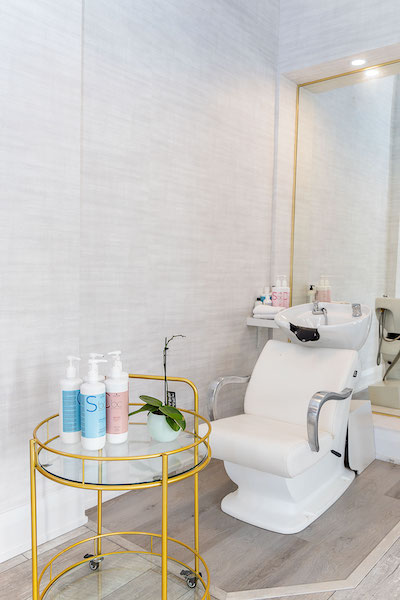