Giving Back to the Salon Community

We chatted with salon owners from coast to coast about the merits of giving back, and tips on how to get your salon involved, too. 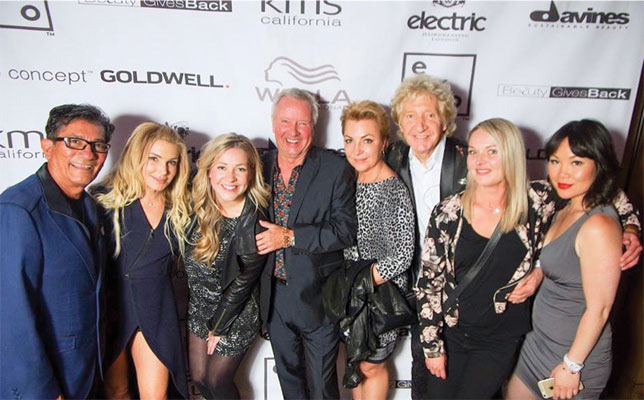 While fundraisers often support local communities, sometimes their impact can extend beyond borders. Case in point: Jon Paul Holt’s Beauty Jam Live, a hair show that included hairstylists from Canada, the U.S. and England, who donated their time to be involved with the show. “I invited eight teams from across Canada and the world to perform on stage together to educate and inspire the audience,” says Holt.

Benefitting Beauty Gives Back, a charitable organization led by Eden Sassoon in honour of her father, Vidal Sassoon, it was something Holt felt he had to be part of. “Anything that involved the icon of Vidal Sassoon [felt right]. This particular fundraiser was to raise money for clean water wells in Swaziland in South Africa,” he says. “My right-hand assistant is from there and we had talked about its water worries, so it all seemed perfectly ‘meant to be.’”

With 400 attendees, the event raised more than $30,000. However, Holt also made it a priority to provide complimentary tickets for students to attend. “It’s what we should be doing to encourage and motivate our young stylists of the future,” he says. “Great education and inspiration for hairdressers—all doing something wonderful for people in need. That’s what we as a community can achieve.”

Over the years, Holt has organized many different fundraisers to support BC’s Children’s Hospital and help those affected by cancer. “We believe in helping issues that affect our clients,” he says. “Whatever affects you personally or is close to your heart is what you should spend your time and your effort on. It [brings] our team together on important issues that we care about, and allows us to use our hair talents as a team to create artistic inspiration.”

“Hairstylists have such an amazing relationship with their clients and the community, and that if we all pull together we can do so much to help others. This can only benefit the team spirit of the salon and how it is respected and regarded by the community.”

For salons trying to get started in fundraising, Holt recommends keeping it simple. “Don’t try anything too complicated,” he says. “Find out what your staff would like to do and what charity they would all like to support. Maybe [host] a cut-a-thon or go to a home to do hair for the elderly or sick. There are so many easy ways for us as stylists to give back, because we are one of the few true professionals that make women look and feel better and happier with themselves.” 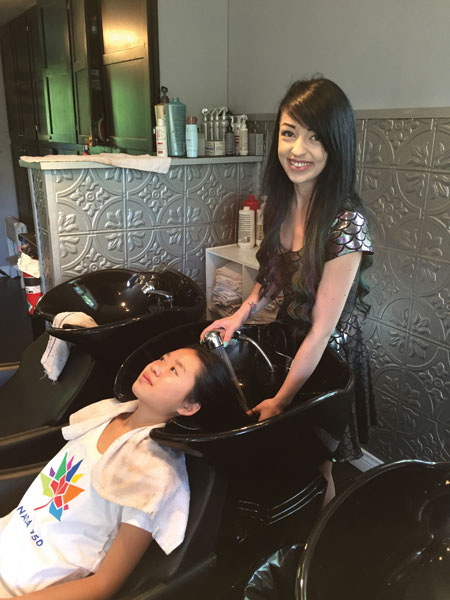 Giving back has always been a passion for salon owner Trish Molloy and her team at The Headroom in St. John’s, Nfld. “I’ve had great success in my life and I feel that it’s important to give back to the community in any way you can,” she says. “I feel that everybody should take care of each other.”

The Headroom has worked with the Association for New Canadians for several years. “It’s a cause that’s near and dear to my heart. Juan Perez, who was a platform artist for Goldwell, [immigrated to Newfoundland] from Cuba and he has since passed away,” she says. “I am in close contact with several new Canadians, and we’ve done many different fundraisers over the years for new Canadians and their families.” Molloy’s most recent fundraiser was in celebration of Canada’s 150th birthday, and had eight of the salon’s hairstylists working towards the goal of 150 complimentary haircuts for children under 13 years of age. The event raised $1,000, which was donated directly to a family that recently arrived to St. John’s.

The team at The Headroom continues to give back to various charitable organizations throughout the year, and Molloy says it’s easy for any salon to do for their community. “It’s something you can do that’s tangible and it makes people feel good,” she says. “We use Facebook a lot for promoting our fundraisers and often look to the community a lot, with direct contact with clients through email and Facebook. Whether it’s something small or something big, it doesn’t matter. You can organize a small fundraiser for hurricane victims and just put a donation box on your front desk. Or plan something small within your salon for different charities and organizations within your community. As long as you do something and the next person passes it on, the world would be a better place.” 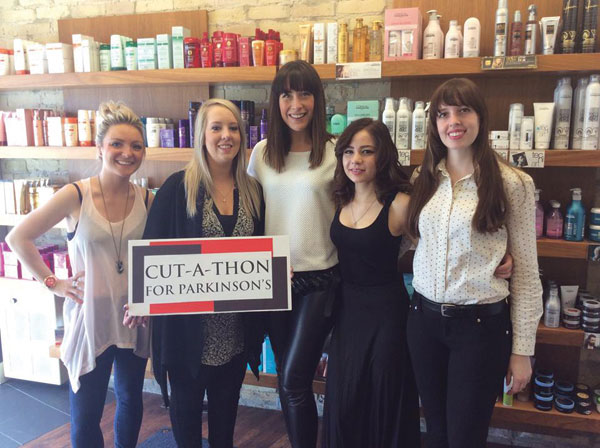 For 20 years, this London-based salon has participated in an annual cut- a-thon to raise funds for Parkinson Society Southwestern Ontario. Salon owner Lisa Sallabank says it’s a tradition she’s been proud to be part of since her days as an apprentice. “It’s something we were approached with, and it was something everyone was immediately interested in,” she says. “Spending a few hours on a Sunday, meeting new people and making people feel pretty—all for a good cause.”

Always one of the first salons to be fully booked for this fundraiser, Salon Entrenous had 12 of its hairstylists participating in this year’s event and raised nearly $1,000. But according to Sallabank, the true reward of the event had nothing to do with money. “Our industry is amazing because no matter what’s going on in somebody’s life, you get to make them feel like a million dollars. They can forget about what’s going on, what’s troubling them, or if they’re sick with an ailment; even if it’s just for a split second, when you do the ‘ta-da’ moment, they feel amazing. We have a few clients that suffer from Parkinson’s Disease, and we try to be involved with any charity we can to give back as much as possible.” 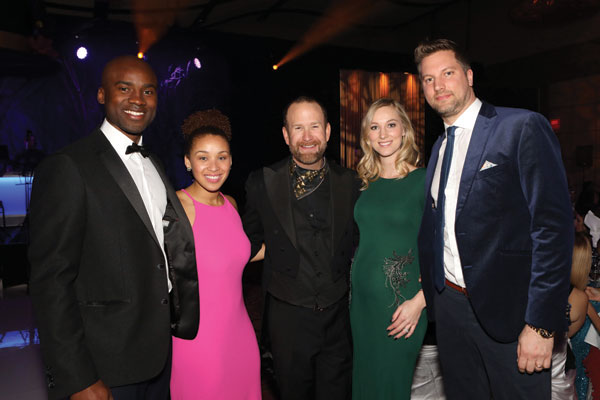 When it comes to fundraising galas, this Ottawa salon sets the bar high. The Loft Urban Salon’s annual Loft Gala wrapped up its fourth season in April, with an ultra-glamorous Alice
in Wonderland themed soirée for its 600 attendees. Benefitting the Ottawa Regional Cancer Foundation, it’s a cause that hits close to home for salon owner, Bruno Racine. “In
the last 10 years, we lost two great stylists to cancer and my partner lost his sister just before the gala last April.”

With Racine’s background in fashion (he was formerly a hairstylist at Toronto Fashion Week), it’s been a passion that has developed into a charitable endeavour. The Loft Gala is a formal black-tie gala with a sit-down dinner featuring a 100-foot-long catwalk with a fashion show and live performances from musicians and dancers. The Loft Urban Salon’s team of hairstylists and makeup artists work behind the scenes, while TV personality Tracy Moore is the emcee for the night. “It brings together all industries; fashion, art, beauty and entertainment,” says Racine.

With its gala and raffle ticket sales, silent and live auctions, Loft Gala raised $65,000 this year. “We’ve been so supported by the community and that’s why my business is so successful. I support all my clients, whether they or a family member are going through a difficult moment in their life,” says Racine.

While the Loft Gala has evolved into the grand event it is today, Racine says starting small is
key. “I started out very small and it’s been a very progressive thing for me. Networking is the best thing,” he says. “I go to a lot of galas myself. I’m out and about all the time. I’m always networking and meeting new people. And I think it’s the best way to do it. Get involved and be out there. Gala producers are not competitive; we help each other.” 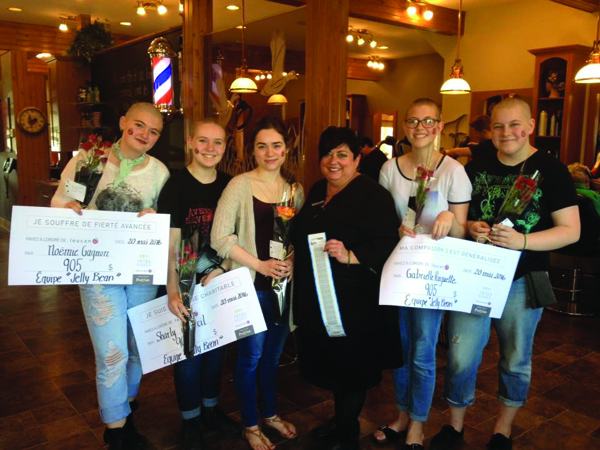 On the heels of the salon’s latest charity initiative for the Pallative Care of the North River, co-owner Josée Desnoyers managed to raise a whopping $155,000. “I like to give and be there for my community,” she says. “By getting involved, it increases my sense of gratitude and well-being; it’s very rewarding.” In addition to donations, the event also featured a silent auction and raffle tickets. “We must always believe in our cause and, above all, get involved to help people for the good that it brings them,” says Desnoyers. “The more involvement, the more visibility is gained for the cause, while also making ourselves known to the community.”