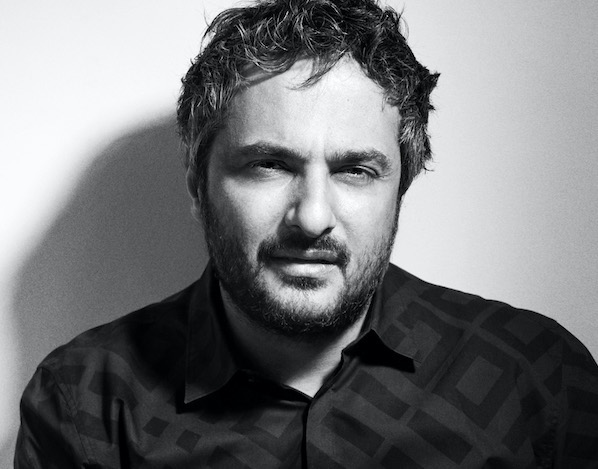 The news was announced earlier this week at a virtual press conference on Zoom, led by John Moroney, creative director for Kao Salon Division.

During the conference the brand also unveiled Nocturnal, Seminara’s first collection for Goldwell. Photographed in Iceland under moonlight, the ethereal collection features unique hair designs that showcase the true versatility of Elumen colour.

Moroney also announced that the Kao Salon Experience, which was originally postponed due to COVID-19, has been rescheduled to October 18-19, 2020. The event will now be the Kao Salon Virtual Experience and will be broadcasted online.

We caught up with Moroney and Seminara for a one-on-one chat about the new partnership, and to get a sneak peek of what to expect from the Kao Salon Virtual Experience.

Why was now the right time for this type of partnership between Goldwell and Angelo?

John Moroney: With Goldwell, we’ve never had a brand ambassador before. There’s been a reason for that. As Angelo says, Goldwell has always been kind of a quiet brand. We weren’t really looking for [a brand ambassador]. It was Angelo who contacted us through his former assistant, who is one of our KMS artists and owns a salon in Germany, so we started talking and the idea of creating a partnership evolved into that.

It’s such a great partnership we’re anticipating. Everything from ideation to research and development—that’s the kind of thing we’re open to. I don’t envision or would want Angelo to go out and “do Goldwell.” I have an entire team of artists that can out and do Goldwell, and some of them have been for over 20 years. I want him to go out as one of the most celebrated and recognized hairstylists in the world: Angelo, using Goldwell. It’s not about trying to put Angelo in a Goldwell box—that’s like buying a Ferrari and keeping it in the garage, and only driving it to the grocery store. I want to see what Angelo can do with our colour and with our products; things we’ve never dreamed of.

As much as we want Angelo to be the next level of creativity and inspiration for the industry, we’re also looking at the other side of the coin at how we’re going to get inspired by new ideas and new ways of looking at things. When you’re stagnant and you don’t continue to evolve, you die, and we’ve watched that happen to brands in every industry, all the time. Why not shake it up and try something new? Evolve, evolve, evolve. I think it’s going to be a great partnership. Angelo brings a wealth of experience that we simply don’t have, so it’s really wonderfully complementary to everything we do.

What are you most looking forward to in your new role with Goldwell?

Angelo Seminara: Continuing to further develop the colour world, in general. Whether it’s that this colour is too jelly or too watery, or why not do something completely new? There’s always new areas we can discuss. When I’m with the right people, I feel that connection. When I was in Germany [meeting the Kao team] it felt like meeting with people who are on a mission to improve things and deliver quality to customers in general. Also, I’m looking forward to working on collections and doing the big shows and events.

Since the Kao Salon Experience was originally planned as a live event, what can people expect from the new Kao Salon Virtual Experience?

John Moroney: We were in quite a conundrum. How do we take a live event and turn it into something digital? It would be easy to just say we were going to film everything and throw it online. But we want it to be more than that. We wanted to try and figure out how to capture the essence of what people would see at the event but have it be in a virtual space. We explored a lot of options; the whole fashion industry has been forced to go virtual, which is great but the ones that are really doing it well are making you feel that you are immersed in the atmosphere.

Rather than just put a camera up and do something, we kind of want to film it like a TV show. It’s almost like you’re sitting in the audience and you can see the big screens of what’s going on. That’s the kind of feeling we want to have. More than that, because of time zones, we will have things that are broadcast and immediately available on-demand. Additionally, we want to have places in this virtual space where people can go and explore our brands. It’s not just about having Angelo do a show. We want to provide an experience where people can sit in on a chat with one of our R&D chemists, or a roundtable about the sustainability measures we’re doing with Kao salons, or with salon owners about what sustainability means at the salon level. That’s the kind of experience we’re trying to create.

The plan with the live event was that Angelo would be doing a fabulous presentation and releasing a collection, so we’re still going to roll with that. Next week, Angelo is shooting a new capsule collection for Goldwell. It’s his work, his concept, everything—and we’ll stage it as a show as well, so people can see the collection and the show.

Angelo Seminara: Three years ago, I was probably one of the first hairdressers to feel that something needs to change. I created a film called I Love You. It’s a story in Cappadocia, Turkey, and it’s one of the most beautiful places on earth. It has these caves, and we were doing things like filming on top of a balloon, looking at the scenery while doing hair and talking about inspiration.

It was really interesting because at one point, during a show—at the beginning of my presentation with an audience of 3,500 people—I got a text from someone that said they were absolutely disgusted that this top international stylist was presenting a video. They were disappointed, but at the end of the show the same person ended up apologizing and said it was the most amazing thing they’d ever seen. They said it was very educational, too, because it was on screen.

Everything is on a screen at a show. So hairdressers need to feel the energy. That should never die. That’s the reality. Now, we’re coming back to this idea [with entire shows on screens] due to COVID.

How do you create that energy and experience of a live presentation on a screen? What kind of planning goes into that compared to a live show?

Angelo Seminara: It comes down to shooting in a studio or on location. When it’s on location, it’s very hard. I almost suggest that people don’t do it. It will give you grey hair (laughs). It can rain and too many things can go wrong and it can be too expensive. In a studio, it’s more controlled and you can create anything you want. What’s important is what goes inside that. What do you want to share? You have the ability to share what you really want to share. What’s important is that viewers are satisfied and are getting something out of it: Technique, a new visual experience in colour, or a new haircut or texture. Try and show the best of that and inspire them.

What do you hope hairstylists will take away from the Kao Salon Virtual Experience?

Angelo Seminara: We all work in a salon or have worked in a salon at one point. And the most important thing when you work in a salon is when you jump out of bed and get excited about going to work. Out of 10 clients you might see in one day, eight will be boring but there will be two you will get really excited about, trying to do what you’ve seen from Goldwell or another artist.

That’s how I think most of our colleagues around the world think, that [working in a salon] can become very boring. I think it’s important to have the mentality of sharing within the management of a salon. If the manager in a salon doesn’t care about feeding their stylists and connecting them together, while helping them have fun while getting smarter, the spirit of the salon dies. It’s important to keep this creativity alive. The manager needs to inspire people. Say ‘Look, we’re going to get some models and create this’ or ‘Let’s stay later tonight or work on this on the weekend.’ Or to take the day off to do something just for them, to please their artistry as a creative person.

[The Kao Salon Virtual Experience] will be a modern visual experience, and not Cirque du Soleil. It will be more inspirational and motivational for hairstylists to watch and learn from.